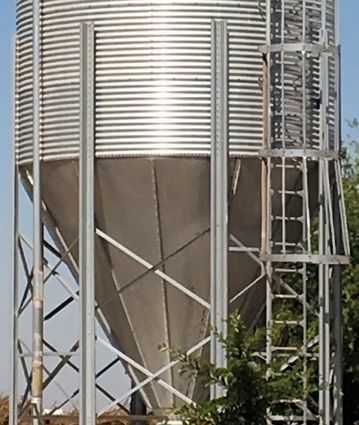 Silo in which Allen Stracener's body was found.

A Bakersfield man whose body was found in Shafter farm silo was smothered, the Kern County Sheriff's Office announced Tuesday.

The Coroner's Office released its findings after an autopsy and toxicology tests were conducted on the body of Allen Jeffrey Stracener. The Shafter Police Department is still seeking information on the case, encouraging anyone with information to contact them to help resolve the investigation.

"We still do not know what Stracener was doing in the silo," said Shafter Police Chief Kevin Zimmermann.

On June 5, the officers responded to reports from a Westside Farms employee around 9 a.m. of something suspicious inside a piece of farm equipment.

"Our investigative team came out after one of my officers and conferred with the Coroners office and confirmed that there was indeed a body inside this piece of equipment." said Shafter Police Chief Kevin Zimmermann at the time of the incident.

It was determined that the Bakersfield man had been smothered to death. However, the KCSO has left the manner of death "undetermined" because they have not been able to determine how or why Stracener was in the silo.

Anyone with information in the case can call police Detective Phil Yoshikawa at 661-746-8500.