50 years at the keyboard 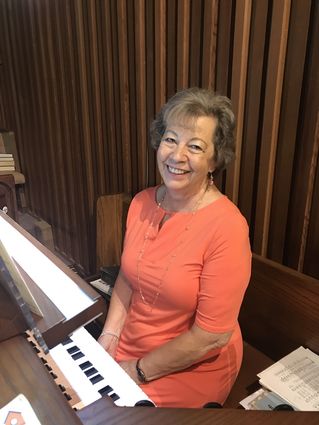 The Congregational Bible Church of Shafter is celebrating their organist, Marcia Krause, for faithfully playing the organ for the worship services the past 50 years. Marcia started playing as a teenager and would fill in as the substitute organist for the church. Before long, she committed to playing full time and has been at the organ ever since.

When Shafter High School had assemblies in the auditorium, as a teenager she would play on the school organ as students came and left from the auditorium for the assemblies. Marcia has been a member of the American Guild of Organists for many years, even holding the position of dean (president). She has been a guest organist for the annual Christmas organ concerts held at the First Presbyterian Church of Bakersfield.

Not only accomplished on the organ, she accompanies the church's Praise Band every Sunday on the piano. Marcia puts in many hours setting up and practicing the music for the church choir's Christmas and Easter cantatas. She also has played for many weddings and funerals in the community.