Next steps in CM search 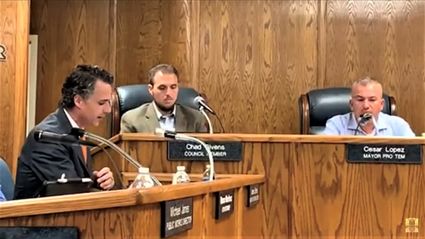 The City Council decided that it would be beneficial that the next city manager speak Spanish.

They approved a brochure that will be used in the search that includes a preference for bilingual candidates and increased salary for those with that ability.

The necessity for the search occurred with the resignation of City Manager Scott Hurlbert in late August. The council attained the services of CPS HR Consulting to aid them in their search. One of the duties of the firm was to create a brochure that will be used to educate potential candidates on the position, the requirements of the successful candidate and advantages of working in the community of Shafter.

Before the new brochure was approved, there was a period in which council members could have questions answered. Councilmember Cathy Prout said that she did not see the need to have a bullet point included in the brochure that said "Bilingual -- English and Spanish a plus."

"I am afraid that this might limit the amount of candidates, and there is the possibility of us not getting the best candidate for the position," Prout said.

Mayor Gilbert Alvarado responded by noting that Shafter is over 80 percent Hispanic and Spanish speakers, so it would be beneficial to have a city manager that could communicate with them.

Mayor Pro-Tem Cesar Lopez said that he noticed this bullet point right away and was concerned about the possibility that its inclusion of it may limit the applicant pool. "I would hate to not get the right candidate because of this," commented Lopez.

Acting City Manager Jim Zervis, who does not speak Spanish, said that in his years of service for the city, he has never had an occasion where he was not able to communicate with a citizen. Alvarado answered that Zervis has been in the financial department and worked the majority of the time in his office and with the city staff.

"This is a different situation," Alvarado said. "The city manager would, and should be, working with the citizens of Shafter and would be dealing with more of the public in his duties, so it would be good to have someone that could communicate with them."

Alvarado went on to say that he thought the bulletpoint was not a deterrent in getting the most qualified person for the job, but if the rest of the council had concerns about it, they could decide to remove it.

Alvarado did bring up the possibility of giving the candidate a 5% incentive if they were bilingual, much like the Shafter Police Department has in place for officers that speak English and Spanish. Zervis said that this could be done if the council wanted this even without including the point in the brochure. 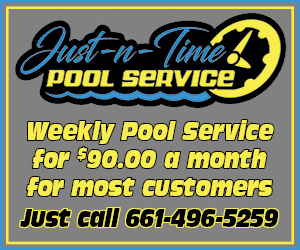 The council agreed and voted unanimously for the 5% incentive, and that the preference be removed from the brochure.

Alvarado noted that the brochure did not have the names of large companies that do business in the city, such as Ross and Target, particularly at the Wonderful Industrial Park and other the outlying areas, and suggested this information be added to the brochure.

In other items, the Shafter Police Department will have their Canine Unit reinstated after about nine years without one. Chief Kevin Zimmermann said that the reinstatement of the program would be a real benefit for the department, as well as being a useful tool with interacting with the public. "People and children seem to gravitate to the canine units at public functions and I believe that it would be a positive asset in the relationship with the City of Shafter, as well as being a valuable tool that will aid us in our investigations in drug and theft cases."

Zimmermann said that the canine team would provide a boost to their ability to locate and apprehend suspects in a manner that protects both the officers and the community from harm. "The canine's speed, agility, and heightened sense of smell make them a powerful tool in apprehending dangerous criminals and detecting discarded evidence." 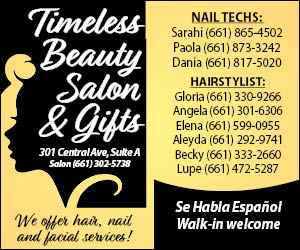 One Shafter citizen spoke against the expense and reinstatement of the program. Former Mayor and City Councilmember Jon Johnston said that his experience with the canine unit when it was being implemented during his tenure was not a beneficial one.

"The dog, equipment and maintenance were very expensive. You have a yearly expense of around $800, but just one ear infection is more costly than that," said Johnston. Johnston also pointed out that the city had legal troubles regarding the program when the officer in charge of the canine eventually sued the city for unpaid back wages that he was owed for training and care of the dog. "It cost us a pretty penny for that one, and I would urge you guys not to rush into this and vote on it tonight."

The cost of the unit would be a one-time start up cost of approximately $69,000. This includes the vehicle, its outfitting, graphics and the canine equipment. There will also be a yearly maintenance cost of about $840. Zimmermann noted that the money for the program is available with funds coming from a surplus balance in the AB 109 account (Public Safety Realignment). This fund currently has a balance of over $240,000 available.

A unanimous vote approved the transfer of funds from AB109 to be transferred to the General Fund for the purchase of the equipment necessary to reinstate the Canine Unit program.

The Police Department also will be getting a new software program that will assist in extracting evidence from a suspect's cell phone.

The Cellebrite software is used to perform cell phone data extractions, with a dedicated computer with the necessary hardware necessary to run the program.

Zimmermann also pointed out that the purchase of this equipment would mean their investigators would be able to extract and utilize more data, as well as eliminate wear and tear on vehicles and eliminate lengthy travel time to once or twice a month.

Initial start up costs for the program would be $28,000 for the software, a five-person training package and software enhancements. The dedicated computer that would run the program has a cost of a little over $3,500, making the one-time cost of $31,438, with an annual maintenance cost of around $8,000. This item was approved by a unanimous vote. 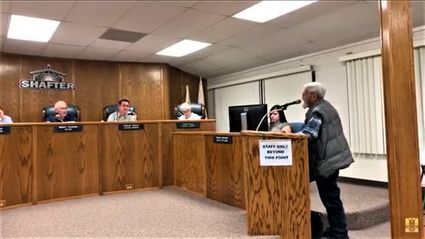