The 72nd Annual Chamber of Commerce Awards Banquet will be held on Thursday, Jan. 23, at Shafter's Ford Theater. This dinner honors individuals, businesses and groups that have made a difference in the city of Shafter. Past winners include last year's recipients, Generals football coach Jerald Pierucci, who was recognized with the Youth Development Award, and one of his students, Marco Martinez, who received the Young Person Award.

Several of this year's recipients also are involved at Shafter High School. Among them is Russell Shipley, who was named the winner of the Leadership Award, and Shafter High senior Jackson Sanchez. Shipley has led school into the elite of the Kern High School District with one of the largest agriculture departments and earned a Platinum Award for its General Pride program.

Sanchez is being recognized for his outstanding performance on the field as quarterback for the Generals, as well as excelling in the classroom, taking honors classes and being involved in ASB as the student body president.

Sanchez has shown that he is much more than a football player, excelling in every phase of the high school experience.

Award winners also will include Sharon Wiebe with the Youth Development Award and Sherry Belluomini as the recipient of the Education Support Staff Award.

Redwood Elementary/Richland Junior High Cafeteria Staff are receiving the Special Recycle Award. By working with Lynnda Martin at American Refuse, they have operated an program that has drastically reduced the percentage of waste that gets taken to the landfill. Instead, the majority of their waste goes to different alternative energy stations where it can be recycled.

Businesses will be recognized during this event. The Garlic Company will be receiving the Agriculture Award this year, and the Business Award is going to Carrington of Shafter. Carrington has been recognized numerous times for their outstanding performance in the healthcare industry. A residential care facility, Carrington cares for seniors who need varying levels of help with day-to-day living. They offer a variety of programs and activities that keep residents busy and make their lives fulfilling ones.

The Commercial Remodel Award is going to Basham and Lara Funeral Care. Basham and Lara opened in Shafter following a major remodeling that transformed an old supermarket into a state-of-the-art funeral care facility. Complete with a renovated reception area, John Basham and his team have made their presence in Shafter known.

The Education Award will be accepted by Rosa Romero, who has had a busy year and a half. She progressed from being the principal of Redwood Elementary two years ago to the principal of Richland Junior High this past year, and in June was named interim superintendent of the Richland School District. 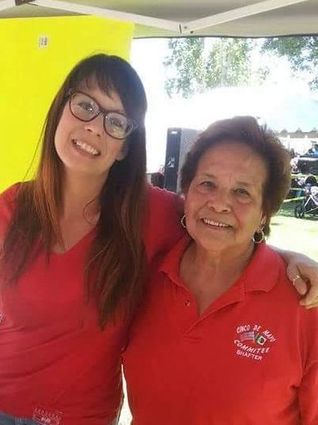 Deanna Rodriguez-Root and her daughter, Brandi Root, were the Grand Marshals for this year's Cinco de Mayo festival.

The Arts Award will go to the Cinco de Mayo Festival. Founders Deanna Rodriguez-Root and her daughter, Brandi Root, as well as an outstanding committee, have built the festival into one of the largest events on the Shafter calendar and one of the biggest Cinco de Mayo celebrations in the county. Some people who grew up in Shafter travel back to attend the festival and visitors from all over the state come for the event.

Rounding out the awards is the Kiwanis Club of Shafter. The Kiwanis Club is receiving the Community Service Award for supporting the community of Shafter for decades, especially the young people in town. The club hosts Terrific Kids programs that give monthly recognition to different students that demonstrate a trait being highlighted that month, as well as the organization's annual pancake breakfast and numerous other activities and events that enrich the community.