Switch to grains for farming family 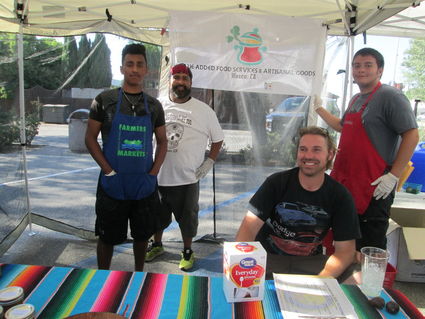 Santiago Vasquez, Camilo Vasquez, Nathanial Salas and Darren Armstrong at one of the Wasco farmers markets.

This time last year, Fat Uncle Farms was all about almonds; however, that’s changed in this new day and age.

Fat Uncle Farms is part of a family company that has been farming for four generations. Their goal is to create a holistic-type business where they can grow organic crops without using any chemicals.

Mainly known for their variety of flavored almonds, they have recently begun to grow grains for use in food and beverages.

“We originally grew and sold different flavored almonds,” he said. “With the way things are changing, we are now specializing in grains”

He said that people use grains for different consumables such as beer, pastries and bread.

Vasquez has been with Fat Uncle Farms for 10 years. He is also in charge of the local farmers market that is open during the summer months.

Vasquez used to host healthy cooking demonstrations at the Wasco library the first Wednesday of every month; however, he’s uncertain if that will continue once the quarantine is over. 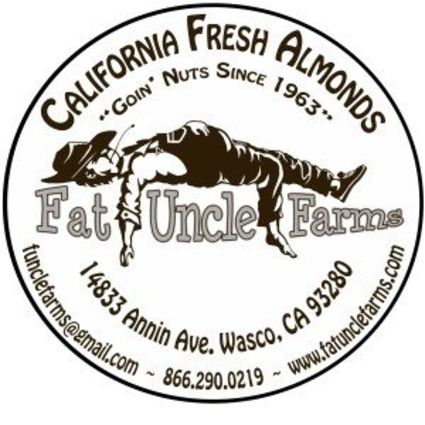 The label from a bag of almonds that Fat Uncle Farms sells at the farmers markets throughout California.

“I’ve been updating myself on different cooking modules that will become part of my new program when and if I return to the Wednesday schedule of demonstrations,” he said.

He was an instrumental part of the District Garden Project at Palm Avenue, which was a rewarding experience for him. “I learned so much being a part of that project,” he said.

“My mission is to produce food environmentally in a responsible way,” Vasquez said.

Because Bakersfield College doesn’t have classes in session now, his schooling has taken a back seat to his job.

[CORRECTION, April 10, 2020: The name of Fat Uncle Farms was misspelled throughout a story in the print edition. It is corrected here.]