Chief asks for help in video 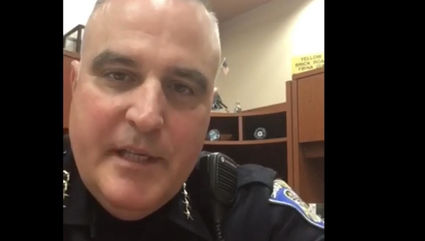 An arrest was made over the weekend and three other cases were handed to the Kern County District Attorney's Office for investigation regarding a slew of illegal fireworks activity in and around Shafter.

Chief Kevin Zimmermann posted a video reaching out to the community for assistance in catching the perpetrators who have been inundating the community with a series of explosions, some strong enough to rattle windows. Shafter's pet population has also been thrown into chaos with the continuous explosions.

Zimmermann said that he does not know the reason for the uptick in illegal fireworks activity this year, but he said that it has been a bad year already. "I don't know if it is from people being cooped up due to the quarantine, or what, but this year has seen a big increase in the number of illegal fireworks being set off in town, and also the period of the activity is a lot longer." 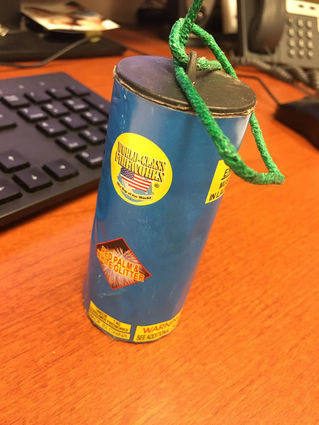 An example of the illegal fireworks recovered by police.

Zimmermann said that it is not only the fireworks they are dealing with this year, but also a number of acetylene bombs, which put off a very big explosion. "It is not only the fact that our pets go crazy, or the noise and nuisance of the activity, but there is a real danger of physical harm with these illegal fireworks. I would hate to think what would happen if one of those landed on an older roof. It would be so dangerous."

Zimmermann thanks the community for their cooperation in this effort and continues to encourage the entire community to get involved and help them in their fight against these primarily faceless criminals.

If you see someone lighting off these fireworks, residents are asked to contact the Shafter Police Department at 661-746-8500.