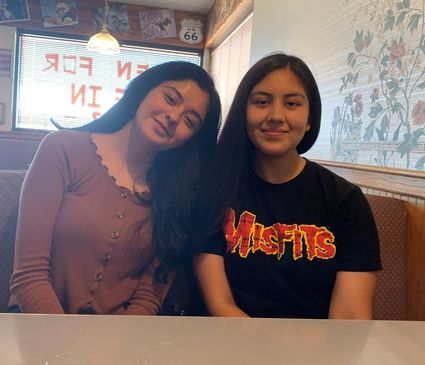 hHarassment, no matter what kind, often leads to serious consequences.

Students at Wasco High School (WHS) who are a part of Reform WHS are getting the word out that they demand to be heard and listened to by the powers that be.

About 25 students were in front of the high school auditorium with signs declaring their intent to be heard and that action must be taken against anyone who bullies or verbally or sexually harasses students. The complaint is that they are tired of any type of harassment that occurs on campus by anyone and want something done about it besides just talking and being told to stay away from each other. The students are demanding that changes be made to protect them and future generations of students from these types of situations.

The protest on Thursday, June 24, was a peaceful one with students prepared for a long, hot afternoon by bringing plenty of water and snacks for participants.

They insist they are not out to damage property or assault anyone, but just want the district to hear what they have to say and make some needed changes.

One of their demands is that the district hire professional mental health therapists instead of using school counselors, who are not trained to treat mental health issues.

They also want the school to reprimand those accused and charged with harassment and to quit telling the victim and perpetrator to stay away from each other.

Citlali Arrazate is the spokeswoman for the group. She was willing to share her story as to how she became a part of the group.

Arrazate originally attended Delano High School for her freshman year and was in the Wonderful Academy where she could not only earn her diploma but also an Associates degree at the same time. When she was told she could not participate in any other school activities, she decided she wanted out of the program because there were other things she wanted to do.

"I didn't want to continue in the program because I couldn't participate in any athletics at school," Arrazate said. "It was after I left Delano High that I attended Wasco High my sophomore year."

She said that when she arrived at WHS, one of her male classmates began harassing her on her first day in class. He would follow her wherever she went Then, he began touching her. "One time, he grabbed me around my waist and pressed me into his body." she said. "I told him I didn't want him touching me."

She also said that the boy took switches (tree branches) and hit the backs of her legs with them. "I didn't feel safe going to class anymore," Arrazate said.

Arrazate said the classmate would tell her he knew she wanted him, so why was she fighting it? He also told her he knew she liked him. She demanded that he stop bothering her. When she did that, he got mad at her and she feared for her safety.

The harassment continued and Arrazate reported the incidents to the vice principal, Mr. Prado.

"The boy was told to stay away from me at school," Arrazate said. "But he continued to follow me and finally I just stopped going to school because I didn't feel safe." She also said that nothing happened to him. He remained in her classes.

"He was a track and field athlete," she said.

Arrazate said nothing else was done about the situation. "I began to get angry at my mom and argue with her because of how I felt about everything," she said. "I had so much anger in me."

Arrazate said her grades started slipping. "I started out with a 4.2 Grade Point Average and ended with a 0.2 when I left WHS,"

Arrazate said she met with Wasco Independent High School (WIHS) staff and told them about the problem. WIHS set her up with a counselor from Grizzly Academy. "The Academy was started by the National Guard," Arrazate said.

"I didn't go back to WIHS," she said. "Instead I finished high school at the Academy."

Arrazate described Grizzly Academy as a military-type school, which is located on a military base in San Luis Obispo. "It's part of the National Guard."

"I never thought about going to a military school, Arrazate said. "But the discipline and structure were just what I needed, and I ended up loving it. I was able to graduate from high school early."

Grizzly Academy is a residential program and is funded by the National Guard, so her schooling there was free of charge.

Arrazate is now in living at home with her mother in Wasco. She spent the past year at Bakersfield College majoring in psychology.

She excitedly shared that she has enlisted in the Navy and will be leaving November 16 for the Great Lakes Naval Station in Illinois.

Arrazate described arriving at the Academy and said that the first two weeks were the toughest. "They try to break you out of your civilian lifestyle," she said. "We got 30-second showers."

She believes Grizzly Academy instilled in her a way to control her temper. "I used to just blow up at anything," she said. "I've learned how to get out of my shell."

She is looking forward to being in the military and can't wait to do some traveling. She will be doing anti-submarine work and search and rescue.

Arrazate arrived with her friend, WHS student Diana Flores, who is also a member of the Reform WHS group.

Flores was present to provide moral support for her friend.