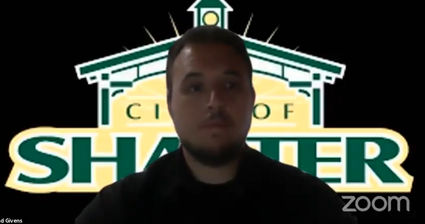 The Shafter City Council held a public hearing on the subject of placing the rate schedule for sewage and solid waste service for the Gossamer Grove area on the property tax roll.

A report was prepared by the Public Works Department that indicated there would be annual charges of $348.60 for wastewater assessment and $319.44 for refuse assessment, for a total of $668.04 a year per household.

The council also received a report from Police Chief Kevin Zimmermann on the results of the department's efforts to decrease the proliferation of illegal fireworks.

Zimmermann said the police issued 21 citations over the holiday period, with four criminal cases being sent to the District Attorney's Office.

During public comment, City Manager Gabriel Gonzalez cleared up some information about a concern voiced by resident Kathy Enns. Enns had emailed the council that she was disappointed that the city did not display any American flags on Central Avenue in the downtown area, as is usually done. According to Gonzales, Public Works Director Michael James said that the city actually did put out a couple of flags in the downtown area from 7 a.m. to 3:30 p.m., but the flags were then stolen, leaving the impression that the city had not bothered to put any up.

Before ending the open session, Councilmember Manual Garcia asked Gonzales if it would be possible for the city to do something to help out local restaurants that have had to close their dine-in operations again, per the Governor's order. Gonzales said that there are different programs that are designed to help small businesses and he would look into those options. Garcia also said he was a little confused over the difference between indoor and outdoor dining, as those businesses that are equipped with outdoor dining areas are able to continue to offer that service.

"The outdoor dining spaces can adhere to the social distancing order, having enough space between diners," Garcia said. He then asked if the city was obligated to follow the state and county guidelines.

Gonzales explained that non-compliance to the orders put forth by the state and county could result in fines and penalties, as well as the city losing monies it would be entitled to in aid by following those guidelines.

The Council then moved into closed session to hold an employee termination appeal hearing.