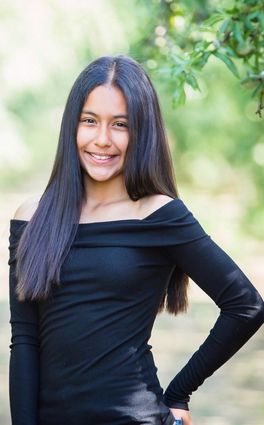 Aliyah Ramos Esquivel will be traveling the United States in the coming months.

Aliyah Ramos Esquivel, a dancer who lives in Shafter, was recognized recently with a prestigious Team Scholarship award from the Hollywood Vibe Company. Hollywood Vibe is a national dance convention/competition company that tours the United States with some of the top industry choreographers and dancers in the nation.

Esquivel's scholarship enabled her to audition for the company nationals in July. She was chosen to be a part of the company's 23-member cast.

She will now be making make appearances all over the country, opening and closing shows, assisting choreographers, taking class, and will have opportunities to enhance her dance career. She is the only dancer in Kern County represented on the tour. 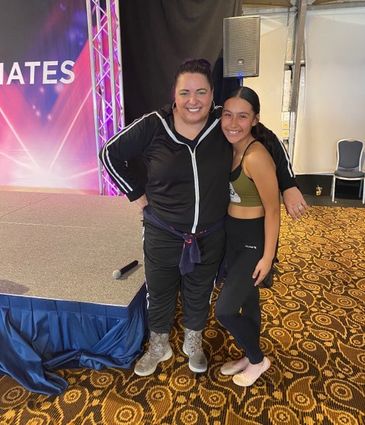 Esquivel with the creative director of Hollywood Vibe, Liz Imperio.

Esquival's home dance studio is Precision Dance Center in Delano. She has been dancing for eight years. She began dancing because her parents wanted her to be involved in something.

Her teacher, Jill Jimenez, has been with Esquivel from the beginning. "I saw the potential in Aliyah very early on," said Jimenez. Esquivel was soon involved in competitive dancing and won numerous awards as a soloist and a group member.

She has received several recognitions at prestigious dance conventions such as Velocity and Radix.

Esquivel will be traveling for the next several months, performing at conventions and shows in cities such as Scottsdale, Arizona, in October; Layton, Utah, in November; Baton Rouge, Louisiana, in January; and Dallas in February.