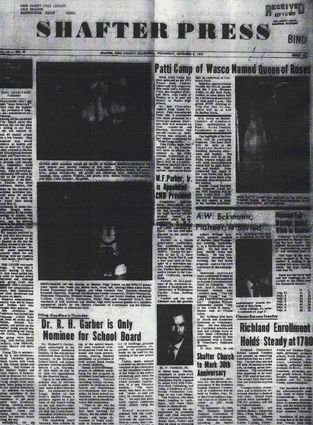 Here were some of SHS players of the week: The Bucs' tight-end player Victor Ruiz was named a player of the week. Also, Jill Loveless was recognized for her participation in cross country.

Richland Junior High announced they were having their first cheerleaders. Among them were Jennifer Dobbs, Stephanie Dobbs, Janet Bernardi, Sheila Wells, Jennifer Anderson and Gaby Jimenez.