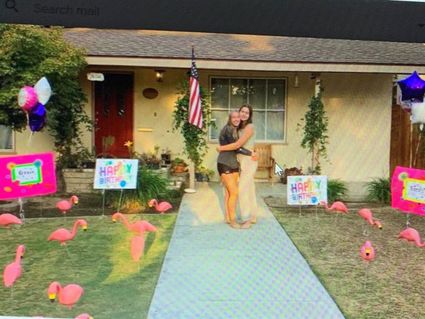 Sarah and Grace Cobb on their 16th birthday.

Small businesses, schools and sports are not the only activities that have been affected by the covid-19; local nonprofits have also generated less revenue due to the pandemic.

Nonprofits and businesses have become more creative, however, when it comes to raising money as well as giving back to the community, such as last spring's "Sponsor a Senior," which might make a comeback next spring depending on where the county stands with respect to Governor Newsom's four-tier platform.

Toys for Tigers has come up with a new idea to recycle one of its most-popular fundraisers: flamingos!

The Toys for Tigers nonprofit has had to cancel its holiday plans, which usually meant the committee would receive donations from FFA's Dodgeball tournament, the annual toy drive and the annual Christmas Tree decorating event.

This year, Toys for Tigers will be celebrating birthdays by providing pink flamingos with birthday greetings to anyone who wishes to order them.

A special birthday message will be delivered, including two additional smaller birthday messages and lots of flamingos, ending up with a colorfully decorated front yard.

"The flamingos will be delivered the night before the person's birthday and will be picked up the day after the birthday," Wilson said.

Last December, it was time for the annual Toys for Tigers fundraiser, and different nonprofits each decorated a Christmas tree At that time, Toys for Tigers was renting out flamingos and people were raising money to get "flocked." The story is, that when someone says, "You've been flocked!" it usually means a friend has ordered flamingos to be spread all over your front yard. The monies raised from the rental of the flamingos are for Toys for Tigers.

Unfortunately, this fundraiser won't be held this year because of the pandemic; however, Toys for Tigers will be able to continue sharing their flamingos with everyone. 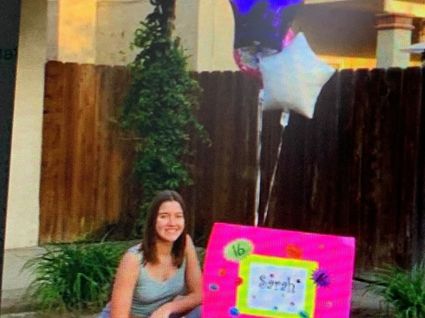 Volunteer Candy Wilson has been in charge of Toys for Tigers since its beginning which started as Toys for Tots from 2002 to 2005 and was changed to Toys for Tigers beginning in 2005 so that the toys collected would remain local to be distributed to those in need in Wasco.

Toys for Tigers will also be collecting toys to deliver during the holidays. The group will also be accepting cash donations. Contact Wilson if you have any questions about this fundraiser.