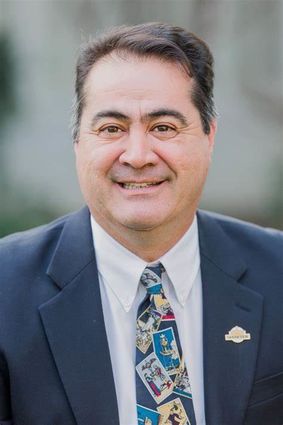 Manuel Garcia is looking to serve another term on the City Council.

There are three seats available on the City Council being contested between six candidates including the three incumbents of those seats. Current members Manuel Garcia, Gilbert Alvarado, Chad Givens are joining newcomers Kris Lawrence, Pete Espinoza and Rafael Zamudio in the race.

Council members make policy for the city, as well as create a budget for the year and make decisions regarding the financial status of the city and the infrastructure.

This week we are featuring incumbent Manuel Garcia.

Garcia has been a lifelong Shafter resident, graduating from Shafter High School. He was a star quarterback for the Generals and was given a scholarship to continue his football career at Bakersfield College. After playing for BC, Garcia continue playing football at Weber State, majoring in criminal justice. He also has a degree in sociology.

Garcia returned to Shafter after college and has worked for the Kern High School District at Shafter High School for over 30 years. His tenure included a stint as head football coach for the Generals, coming full circle in his Shafter High career.

Garcia was elected to the City Council four years ago, aiming to make a difference in his community. Garcia said that he is proud for the success that Shafter has enjoyed, having one of the most credit-worthy cities in the state.

He said that he also sees public safety as a main priority for the city, which has been accomplished with the hiring of additional officers as well as having the most up-to-date technology to fight crime.

Garcia said attracting big businesses is a main focus for Shafter in the coming year.

"I would love to see a nationally known franchise, such as a Starbucks, or Kentucky Fried Chicken come to Shafter, as well as keeping our existing businesses afloat," he said.

He said the council recently helped local businesses by waiving permit fees along with issuing tax breaks for incoming businesses.

"We need to keep Shafter a desired destination for companies, letting the businesses know that the city wants them here and will do what it takes to keep them here," he said.

Garcia also said that he is very pleased with the work Public Works has done improving the look of the city, including the James Street project and the new park that is being planned.

"Shafter looks so much better and we need to keep it a top priority for the next few years, revitalizing our downtown area," he said.

Garcia said Shafter could also benefit from a dog park in town.

"Bakersfield has a few dog parks and residents want to let their dogs off their leashes, letting them play and have some fun," he said.

Garcia said the city is heading in the right direction and would love to be a part of it.

"I would love to see this vision for Shafter be realized and be a part of the process," he said.