New principal knows what it means to be a Tiger 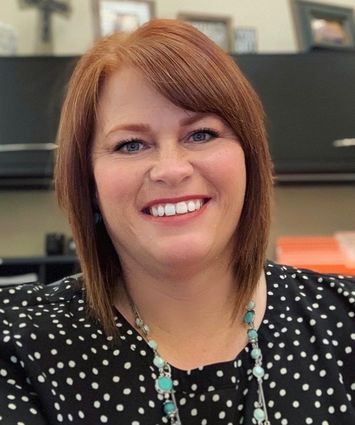 Everyone in Sunni Dobbs' family bleeds "orange and black" and now Dobbs is the school's principal.

Both Dobbs and her husband and their two daughters are graduates of Wasco High School. Dobbs graduated in 1994, her father in 1969 and her mother in 1972 and daughter, Allie, graduated in 2017 and youngest daughter, Raegan, in 2019.

"My dad instilled in me from a very young age that we bleed 'orange and black,'" Dobbs said.

Dobbs was raised in Wasco and loves the small-town pride that comes along with that.

As a student at Wasco High, she played volleyball for three years, was involved in cheerleading one year and played softball for four years.

"We were the back-to-back valley champs in softball," she added. And, she was involved in the Associated Student Body her junior year.

During her senior year, she was a Rose Queen candidate. That was the 25-year anniversary of the pageant and Dobbs took home the first-ever Physical Fitness Award. It was a complete surprise to Dobbs.

Dobb's first job was as a hostess at Spencer's Restaurant in Shafter, where Tony's firehouse is now located.

After graduation, Dobbs headed to Fresno State and then returned to Wasco where she attended both Bakersfield College and Taft College. She completed her Bachelor's degree at National University in Bakersfield where she majored in liberal studies.

In 2016 she was hired at Wasco High and is currently in her third year as the assistant principal of curriculum and instruction. She taught U.S. History her first two years at the high school and was a support teacher for the Wonderful Ag Prep Academy while coaching the freshman volleyball team as well as assisted with the varsity softball program.

"I always wanted to be a 2nd or 3rd-grade teacher since I was very young," she said. "Although when I was in high school, I used to tease Mr. Proffit, my softball coach, that one day I was going to come back and take his job. He would always tell me he hoped someday I would."

Dobbs reminisced about growing up in Wasco.

"When I was young, you could still be a kid," she said. "We rode our bikes all over town, played in our neighborhoods until the street lights came on and enjoyed a simple, supportive, small town life."

Her memories included playing sports through the Wasco Recreation and Parks District, attending the Rose Queen pageant and festival when it was a Thursday to Sunday event and being involved in the Wasco Packer football and cheer organization which is now the Bengals. She also remembered attending many Wasco High football games as a kid and loving the pride that the town projected.

Dobbs' pride and joy are her family, which includes a 23-year marriage to Mike, their two daughters, Allie and Raegan, as well as a 'pretty amazing soon-to-be' son in 'love' Estevan Rios. Both of Dobbs' daughters are pursuing teaching careers.

Transitioning from her family to working for the school district, Dobbs said that the district is a special place "because our staff from teachers, to the classified staff, to the administration really put our students at the forefront of every decision we make and everything we do. There is also a pride about being a Wasco tiger that is deep in so many of our staff members who were WHS graduates and returned to give back to their community."

"If someone wasn't a WHS graduate, we adopt them into the family quickly," Dobbs said. "It's always a great day to be a Tiger!"

Dobbs said that coping with the pandemic, isolation and quarantine and not being able to teach in class has been challenging because it is ever changing and evolving.

"As soon as you have a plan in place, it needs to be changed," she said. "The best thing I have done to stay focused is to surround myself, even if it's virtually, with positive people who are going to look for the blessings in life and also having faith that God has everything under control gives me peace to be able to handle whatever is thrown my way."

Dobbs' first goal is to get students back into the classroom and do that as safely as possible.

"Our students need to be on campus with their friends and supporting adults who can help provide a structured education and routine that they can count on," Dobbs said. "They also need social and emotional support. Beyond that, my hope is to continue working together with the amazing Wasco High staff and administration to provide our Tigers with an excellent educational opportunity that prepares them for life beyond high school."