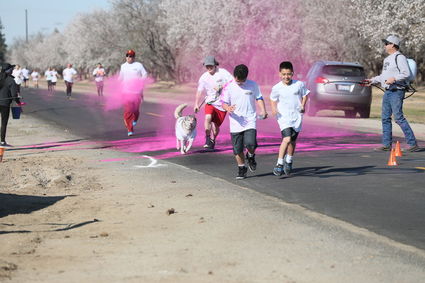 The Colours Fun Run is always one of the favorites of the weekend.

The Shafter Colours Committee has announced that the 2021 festival has been canceled.

"We are sorry that we have had to come to this conclusion, but we will see you all in 2022," said Larry Starrh, one of the founders of the festival.

Starrh, along with several other community members, wondered a few years ago what would happen if they brought together a group of events, all related to a form of transformed art. They welcomed theater, an art gallery, movies, sculptures, music, and culinary arts in the form of a chili cook-off.

The result was an event that eventually had outgrown its single weekend of events and turned into a long weekend, Thursday through Sunday, and additional events a week or two after the first weekend of fun. 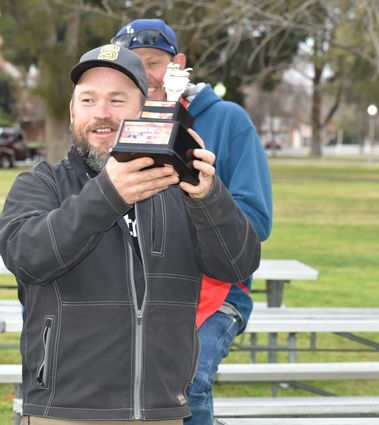 One of the awards in the chili cook-off last year went to Zeke Smith.

One of the main attractions of the festival was the art gallery, which brought together a slate full of local talent, displaying their creations, such as oil or acrylic painting, sculpture or even a plant.

"I can't believe that we won't be able to attend Colours this year," said Theresa Munis, a Bakersfield resident who has made the trek to Shafter every year since the festival's inception. "I love watching the plays at the Ford Theater and attend the Art Gallery and the Coffeehouse Music. It is amazing to see all of the talent that is around here."

Randy Toews, another member of the Colours Committee, said that he has been talking to Starrh and discussing the possibility of holding a few smaller events throughout the year instead of having the one large event.

"Nothing is definite yet, but we are discussing maybe holding events for the community throughout the year," Toews said.