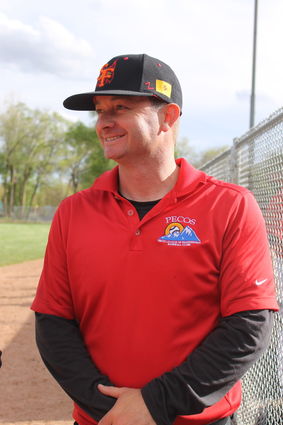 The Reserve will be back in Wasco for a summer team, Director of the Pecos Baseball League Andrew said, but not under Coach Bill Moore.

"We will return to Wasco for the 2021 season assuming California will allow spectators at games," Dunn said. "We'll name a manager in April and the season is scheduled to start June 1."

Long-time manager and coach, Moore said that he is retiring for health reasons. He hopes to be able to coach a summer college team closer to his home in Arizona. During last summer while the Reserves were off due to the pandemic, Moore coached a collegiate baseball team from Tempe, Arizona.

Moore was welcomed to the Wasco community in 2019 by a number of residents who volunteered to take his players into their homes.

Resident Danny Rueda was able to place several Reserve players at the VFW hall where cots were set up and food was donated to keep the hungry players going. Several local families were able to keep more than one player in their homes for the season.

"Bill was a great coach and he will be missed," Rueda said. "I spent a lot of time with him talking baseball and the both of us being in the military."

Rueda added that Moore was great even with the little help he received from the League, "but he did his best with what he had. I was in Arizona about a year ago visiting him and he looked real tired, but I'm so glad he retired due to health, but he's going to be missed. I'll keep in touch with him."

Wasco Reserve player Alex Cruz Hernandez complimented Moore on a Facebook post and said that he learned a lot from the coach, thanking him for providing him with an opportunity to continue playing ball after college. Hernandez is now a deputy sheriff for Maricopa County.

Moore doesn't remember his exact age when his father and grandfather took him to the backyard to practice baseball, but he has fond memories of being very young. He was also involved in amateur baseball.

After playing baseball for Tempe Union High School, Moore was in the very first Army draft call in 1969 and served 38 months in Vietnam.

Moore began his career with the Pecos League by managing the inaugural Santa Fe Fuego team in 2012. During his second year with the Santa Fe team he turned them into contenders with a season 36-31.

Moore was in Santa Fe for four years and in 2014, the team won the Pacific League Championship 46-24. He was named Manager of the Year that year.

The Pecos League allows young ballplayers to be able to continue with their dream by playing semi-professional baseball as a young adult.

The Pecos League reported that Moore had over 251 players play for him throughout his years with the league.

Moore came to Wasco for the inaugural season of the Wasco Reserve in 2019 and was looking forward to returning for the 2020 season. The pandemic struck and no sporting events occurred that summer. All of the parks were closed and all team sports were canceled for the entire season in Wasco. 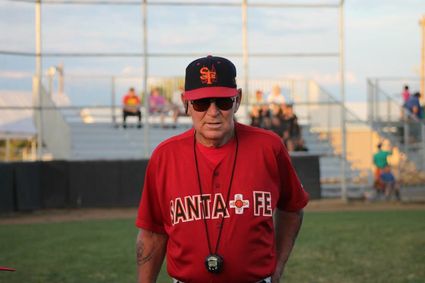 "My son Alex Hernandez played for Coach Bill in Tucson, Ariz. and Wasco," she said. "Alex learned a lot from Coach Bill, not just baseball, but life lessons, which to me are very important that he wanted his players to carry themselves a certain way with good character and maturity."

Hernandez also said that she could see Moore's love of the game the moment you met him and just knew how serious he took every game.

"I believe Bill was not only a mentor to my son but an inspiration just because of the person he is," she added. "As a parent, you always want your children to be around people who will push them to be better and exceed their own expectations and learn that if you fall, get back up and keep going."

Moore wanted to return to Wasco for the 2021 season, but for health reasons decided to stay closer to home.