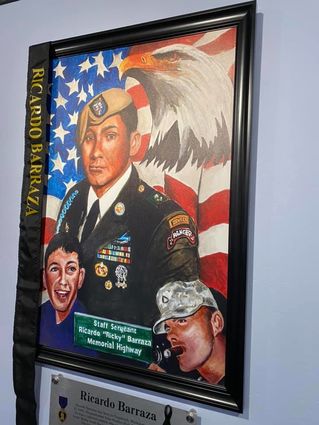 The gallery had a display honoring Ricky Barraza, who sacrificed his life serving our country. Barraza's birthday was recognized last week at the gallery.

The Portrait of a Warrior Gallery in downtown Bakersfield will be holding a ceremony on March 29 in observance of National Vietnam Veterans Day.

The gallery is honoring the 176 Kern County veterans who lost their lives in Vietnam. A bell will be rung as well as a Roll Call being conducted, announcing each of the veterans' names.

According to Ed Gaede, a Shafter man who is on the board at the gallery, this will be a special ceremony that honors those local heroes who served in the Vietnam War.

In addition to the Vietnam War ceremony, the gallery also recently honored Ricky Barraza, who lost his life while serving his country. A picture and plaque containing Barraza's medals is on display in honor of Barraza's birthday. 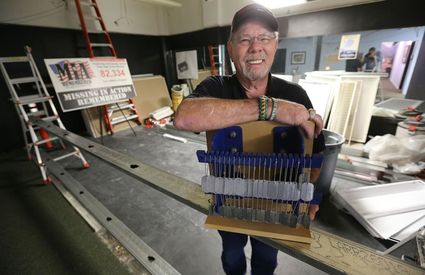 Ed Gaede, of Shafter, has been instrumental in getting the gallery up and running.

Gaede said he wants to see these warriors who have sacrificed their lives for us have a proper place to be recognized and honored.

"This isn't about me, I am just a man who loves being a part of this amazing cause," Gaede said.

In addition to the ceremony, Shafter author Barry Bongberg will be signing copies of his newly published book, "Dear Mom and Dad, Letters from Vietnam." Bongberg began a project typing up a box of letters that he had written to his parents when he was stationed overseas for 23 months. Bongberg was encouraged to make the letters into a book, which is now available on Amazon and directly from Bongberg.