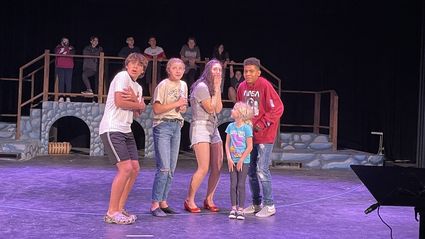 The Young Adult Theater will be putting on the Wizard of Oz.

The city's Young Adult Theater will be presenting their annual production in a couple of weeks, taking local theater-goers down the Yellow Brick Road as they look for the Wizard of Oz.

Cris Starrh began the Young Adult Theater three years ago for young adults interested in theater and have aged out of the city's Children's Theater.

The Young Adult Theater is for those in junior high to their 30s.

"We provide an outlet for those wanting to improve their theater skills, be it on stage or behind the scenes. There is a lot of talent in this town and we want to have a showcase for that talent," said Starrh.

This year's production will teach everyone that there is no place like home.

Lauren Givens, who has been in several productions such as The Little Mermaid, You're a Good Man Charlie Brown, and Annie, is portraying Dorothy.

In addition to Givens, Megan Bloemhof, who was the title role in the Annie production, is playing the Scarecrow. Daelyn Smith is portraying the Tinman, and the Lion is being played by Matthew Maldonado. Camryn Eubanks is playing Glinda the Good Witch and her evil sister the Wicked Witch is being portrayed by Emily McGuire. 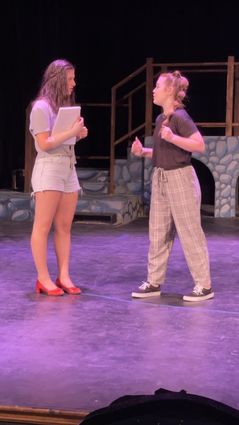 Lauren Givens will be portraying Dorothy.

The show director for this production is Chad Givens, with Roya Eubanks serving as the choreographer and Guillermo Martinez as the band director.

The young adults will be aided in this production by several students from the Children's Theater playing the residents of Munchkinland and will be backed by a 22-piece orchestra.

Tickets will be made available to the public starting on April 12 at 8 a.m. For tickets, you can go to http://www.simpletix.com/e/the-wizard-of-oz-tickets-54641.

Tickets are $12.50 each. You can pay by credit card, checks, or cash. In-person tickets will be available Monday and Thursday of each week leading up to the show from 5 p.m. to 8 p.m.