Community enjoys giveaways, shopping at Primavera at the Park 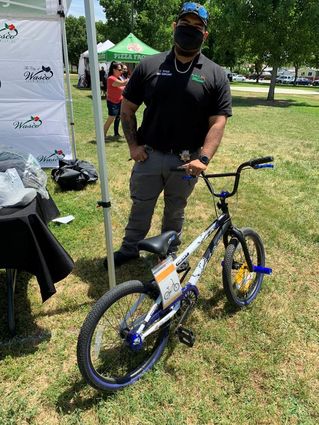 Code Enforcement Officer Christian Tovar monitored the bikes the city was raffling off.

The community enjoyed a day in the park last Saturday as they gathered for the Recreation and Parks District's Primavera at the Park.

The first vendor at the event was Lupita Castro of Obsession Jewelry, who was selling shoes, hats and T-shirts from Letty's Boutique.

Enjoying the day with his young children was Tim Holtermann, who was accompanied by his 6-year-old son Henry and 3-year-old daughter Hazel.

Holtermann is part of H&H Family Farms with his wife, Jenny, a 2004 Wasco High School graduate who runs the almond part of the business. 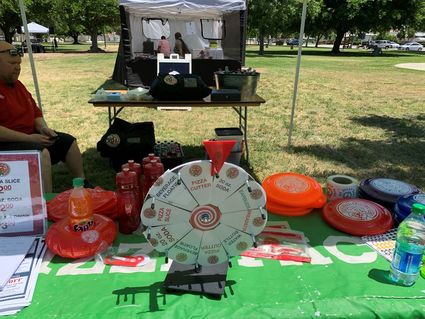 The City of Wasco had a booth for the animal shelter accompanied by two of their shelter dogs with Animal Control Officers Eulalia Barraza, Marco Silva and Fidel Lara, Jr. Dogs Amala and Maverick were resting as the officers were hoping to adopt them out.

"Almost all of the animals we put in the Pet of the Week have been adopted out," Lara said.

Some lucky kids would be going home with a new bike being raffled off by Code Compliance Officer Christian Tovar.

Aurelio Garcia and Cinthia Ugaide, both city employees, manned a booth for the community to sponsor a deceased veteran with a picture poster of the veteran. These will be displayed on Memorial Day.