DYW awarded key to the city by City Council 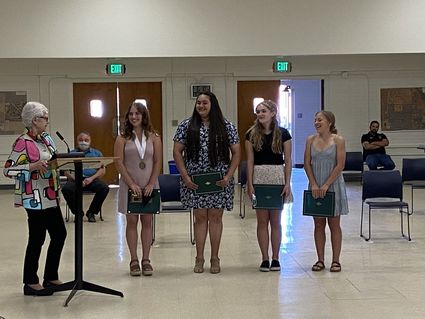 The City Council presented the key to the city to Nicole Morris, the new Distinguished Young Woman, at its recent meeting.

Morris will represent the city at the state competition in Bakersfield in July. 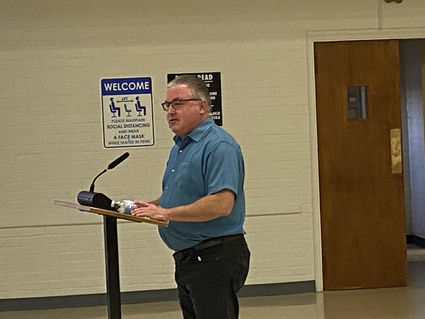 Terry Knight, of the Kern Mosquito Vector Control, gives a presentation on the upcoming mosquito season.

Knight advised the council of the new mosquito that has been plaguing the county the past two years. Known as "ankle biters," this new species of mosquito named Aedes aegypti are very aggressive. Unlike the mosquito that carries the West Nile virus, which attacks during the evening, this new mosquito attacks in the daytime and can reproduce thousands of eggs in a bottle cap full of water.

Knight advised that residents eliminate any standing water around their homes, as well as wearing an insect repellent containing at least 25% DEET. Any products with a smaller amount of DEET will not be effective against this mosquito.

The council also approved the transfer of over $415,000 in the Unassigned Traffic Impact Fee Fund to award a construction contract to Griffith Company for the 2021 Express and West Beltway Roadway project.. This project will widen Seventh Standard Road and will also construct a roadway that will connect Seventh Standard Road to Zachary Road and also eventually will travel to Highway 119.