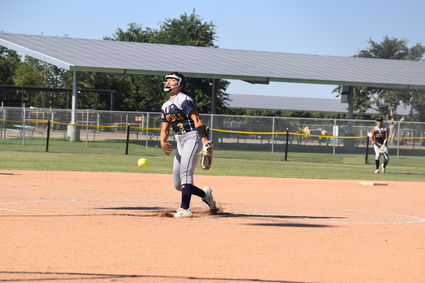 The top-ranked hosts sprinted out to a 5-0 lead by the fourth inning, thanks to some clutch hitting by Nataly Espinoza, Serenity Angulo and Alicia Pompa, who all reached base to load them up with one out. They then scored two of their runs on an infield error by the shortstop, giving Shafter a 3-0 lead. That lead reached 5-0 by the end of the inning.

Not to be shut-out, the Eagles battled back with a run in the sixth inning, with the Eagles getting to pitcher Angulo for the first time in the game.

The Eagles received a little help from the Lady Generals' defense as they scored a couple of runs after two errors that Shafter gave up in the top of the seventh inning, making the score 5-4. But, the Lady Generals held on and stopped the Eagles rally, giving them a chance to play for the title on Thursday afternoon.

Before the game against the Eagles, the Lady Generals shut out Riverdale 10-0, which advanced them to this semifinals game.

Shafter jumped on the Riverdale pitching in the first inning, starting the game with three runs in the first. Shafter came into the game as the top seed in the Central Section's Division V.

Angulo, a sophomore, then took the mound for the hosts. Angulo pitched a very strong game, keeping the Riverdale batters off balance with a mix of fastballs, curves, and a change-up. She also had plenty of help from the Lady Generals' offense as they had at least one base runner in every inning. 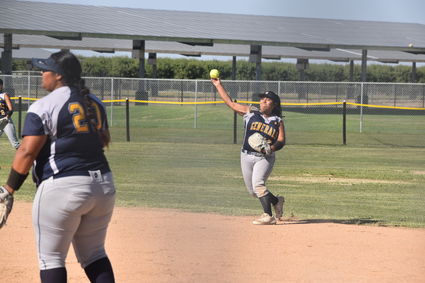 Ariana Escalera throws a runner out against Riverdale.

Shafter stretched its lead in the second inning to 6-0 when the Lady Generals used four hits, a couple of walks, and some base running to break the game open. One highlight of the game was Angulo's head first slide that eluded the Riverdale catcher, widening the Lady Generals' lead.

Shafter was batting in the bottom of the sixth inning when they scored their 10th run, stopping the game because of the 10-run rule. Any team that is ahead by 10 or runs, the game is called.

Shafter will now play the Highland Scots, at Shafter. Highland made it to the final with a win against 10th seeded Sierra Pacific. Highland came into the tournament seeded third.