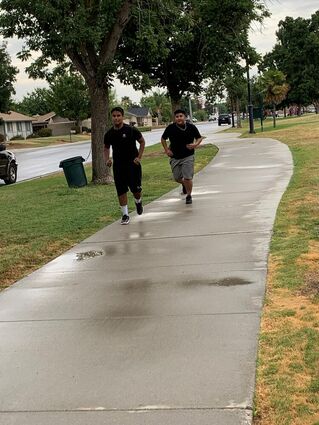 Three of the walkers. 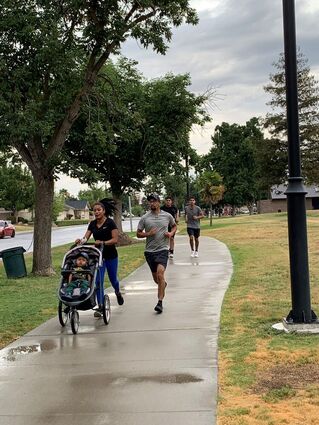 A couple of runners.

Martinez thought about how he could bring the Wasco community together after the standoff on Sunday, July 25 and created a statement on Facebook asking whoever wanted to join him for a walk or run around Westside Park to join him at 6 p.m. Monday evening.

"I was overwhelmed by the support from the city and how quickly the city rallied around those in need," Martinez said. "I felt it was important to show the sheriff's office that we stand with them."

Residents showed up ranging in ages from senior citizens to parents with strollers. The walkers and runners went around Westside Park as many times as they wanted. People walked alone and many walked with their children while everyone was able to feel a part of the big group that gathered at the park.

It was a good time to reflect on Wasco as a community coming together in a time of crisis.