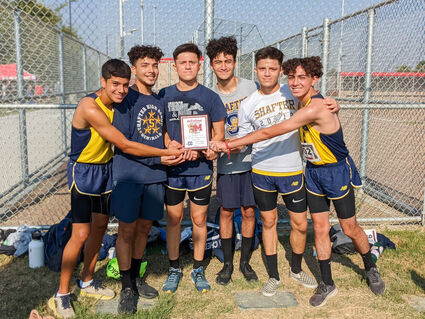 These athletes are showing of an early win in the season.

Running is a lot of things to many people; a way to work out, find some peace and quiet, or even an escape from the rest of the world. Cross country is one of the fall sports that gets overshadowed by the glory that follows the football season.

Sadly, not a lot of people truly know the excitement that comes with cross country. Speed, adrenaline, competitiveness and fierce camaraderie describe every single cross country meet. Having the opportunity to watch kids from all over the state from different schools come together and face each other in one single race builds any excitement that seems to rush all throughout the body.

Running three miles a day sounds grueling to a lot of people and it truly is, but with the pain also comes the bright smiles and cheerful laughs of being on a team. Some of the best memories are with your friend, and having the opportunity to share a common passion builds a very special bond that you can't get anywhere else.

One of my fellow runners shared with me that his favorite memory from being on the team was always the Morro Bay races because he knew that after a hard race he could go off, and have fun with his friends at the beach. Cross Country has allowed friendship to endure, but also for new one's to be created. 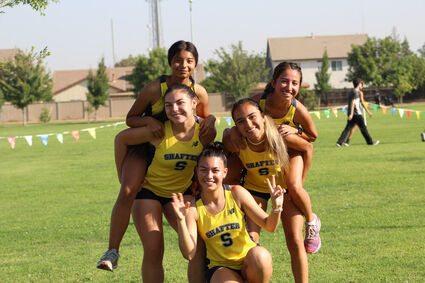 Athletes find time to have some fun in-between races.

Covid has taken something from a lot of people, and for some athletes it has really affected their mental health and stripped them of a whole season of improvement. Last year, Cross Country was able to have a partial season in March that consisted of two races. As the year continued and school came back in session the coaches and athletes are realizing how they've been truly affected by being out of shape, losing the abilities they once had, and decreasing numbers of athletes willing to join the team.

Shafter High runners have worked hard to build a strong legacy of improvement and hard work by continuously being league champions until 2015. Shafter High's cross country coach Mr. Lewis tells any student interested in joining the team that, "Running is the perfect way to come out of your comfort zone, and push yourself to the limits." Shafter High's cross country team allows you to be part of something bigger than yourself, and gives you the opportunity to have some of the best high school years.