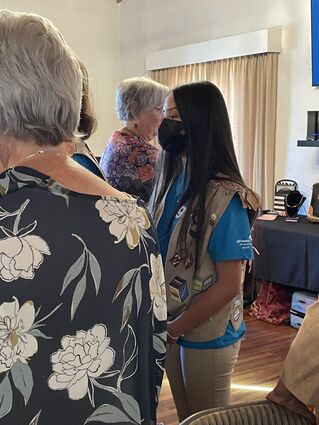 The Girl Scout Color Guard led the Pledge of Allegiance.

The GFWC California Federation of Woman's Clubs held its Area B annual conference in Wasco at the Wasco Clubhouse on 7th Street.

The topic for the annual meeting this year was reports, compiled by each committee in each club representing cities such as Fig Garden, San Gabriel Valley, Diamond Bar, Tierra Adorado and Yosemite District. 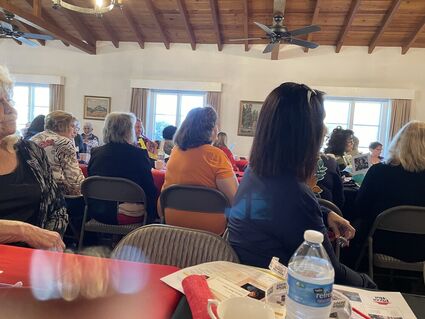 The Wasco Woman's Clubhouse was packed with out-of-town guests as well as local members for the Area B Annual Conference.

The Area B conference had an extensive program that began at 10 a.m. on Saturday, Oct. 16 and continued until 2:30 p.m.

San Joaquin Valley District President Shelly Cooper welcomed everyone to the meeting and reflected on how the meeting in 2020 was not in-person, but a Zoom meeting and how nice it was to be able to meet in-person once again.

President-Elect Barbara Briley-Beard was introduced while CFWC 2nd Vice President Sonya Matthies gave a detailed presentation on how each committee should prepare its annual booklet to be submitted to the state.

During lunch, the WHS Steel Drum Orchestra entertained everyone inside as they played music outdoors in the backyard.