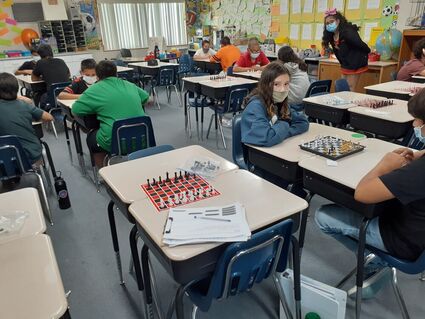 Both boys and girls were interested in competing in the tournament.

Students wore masks and practiced sanitation and safe distance practices to insure the safety of all contestants.

"Although chess has been around for many years, students still love the challenge that the game presents," he said. "Chess is a great game for teaching and practicing 21st Century skills."