By Jamie Stewart
Wasco Tribune and The Shafter Press 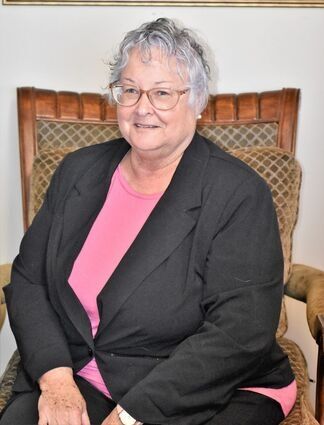 Toni DeRosa, the editor for the Wasco Tribune, is wrapping up her career, retiring to spend more time with her family.

DeRosa started with the Wasco Tribune after the newspapers started back up in 2018 when it was purchased by the Shafter/Wasco Publishing Company. DeRosa was recently recognized at a City Council meeting, with the council members presenting her with a certificate of recognition and some kind words from all of the members.

She began her newspaper career in Wasco, before writing for the Reed Print family when they owned a group of papers, including the Arvin paper, Delano Record, Shafter Press, Lamont Reporter and Wasco Tribune. DeRosa built a resume with articles on the Arvin local government, clubs, organizations, schools, and businesses. Now, DeRosa has come full circle and will be concluding her newspaper career in Wasco.

Toni lived in Arvin and enjoyed covering the local events in town, as well as building relationships with the local officials. She wasn't afraid of digging into a story and getting the facts that people wanted to know, being the eyes and ears of the city.

When Shafter/Wasco Publishing came calling, DeRosa began by writing a few stories for the Wasco Tribune, lending her expertise to the mission of rebuilding the local papers into the publications that inform the public.

DeRosa was then asked to step in as editor of the Wasco Tribune, allowing her to expand her production and take the reins of the local paper. As she began to build relationships in Wasco, DeRosa realized that a move would be a positive step in building that relationship and allowing her to be more involved in the community, so DeRosa moved to Wasco.

In addition to the many friends and contacts she made, she also had a positive impact on the staff at Shafter/Wasco Publishing and its Shafter Press/Wasco Tribune family.

"Toni has been a pleasure to work with for many years," said Diane Givens, general manager of the newspapers. "You could always count on Toni to do her very best, to work with integrity, honesty and be community minded. In the hard stories, you found honesty and compassion, in the fun stories you saw her sense of adventure and love of community. She will be missed."

A retirement lunch was held at Don Pepes last week for DeRosa as the staff said their goodbyes, knowing that she will still be a phone call away, with a kind word or maybe an occasional story for the paper.

Shafter Press Editor Jamie Stewart said that DeRosa will be missed for her wit, willingness to do whatever it takes to get the story, and her friendship.

"I have loved having Toni there to be a colleague, friend, and partner as we worked to make the papers the best that they can be," Stewart said. "It was great having someone there who knew what you were going through and being able to share those experiences with. I could always count on her to make this job a little easier, as well as a lot more fun."