Future of Wasco Museum in jeopardy 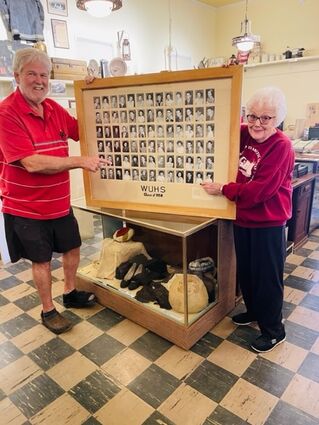 Since 1977, the Wasco Museum has played an integral role in preserving the history of the community. Its exhibits tell stories about how Wasco came to be and celebrates its rich past.

"I am in awe to see what Wasco looked like in the beginning and what has changed to make life better here. It is hard to believe how much we have progressed," said museum Vice-President Marlene Swan. "However, more than ever, we need the support of regular visitors and volunteers to ensure we keep our doors open."

Swan was part of the founding board and was instrumental in bringing together their collective vision to create a space for Wasco residents and visitors to learn about its early conception.

"We hope that our museum will play a role in the education of future generations," said Swan. "Not only do we bring history to life, but we also shine a light on both our present and our time ahead – a light which can be hard to find elsewhere."

Visitors that come to the museum can expect to see a wide range of antique artifacts, including yearbooks, magazines, medical equipment, machinery, furniture, and kitchen items, all dating back to as early as the 1900s. Old military, nursing, and school uniforms, as well as classic photographs of Wasco's early settlements, residents, churches, and businesses are also on display.

"I love history, and that is why I am here. We have a wealth of historical treasures to share with our residents and those visiting Wasco," said President Robert Ellis, who has been with the museum for the last 25 years. "There is so much to be proud of, and the museum is just a way to showcase that." 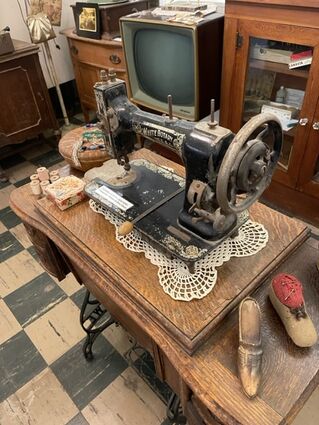 A sewing machine from the 1930s. These were popular because many women made clothes for their family. Sewing was also a course taught in school.

"Donations and membership fees sustain the museum's operating costs. We are volunteer-run and rely heavily on the generous support of the community," said Ellis.

"Many Wasco residents simply do not know we are here. We want to have a presence in Wasco for many more years, and for that, we need patrons, volunteers, and sponsors, both to help financially as well as to assist us with getting the word out about everything we have to offer," said Ellis.

The museum, located at 918 6th St., is owned by the Wasco Historical Society. It is open every 2nd Saturday of each month from 1 to 3 p.m. Admission is donation-based, with annual memberships available from $15 to $50.

For special tours and information about donating or volunteering, call Marlene Swan at 661-758-2181.