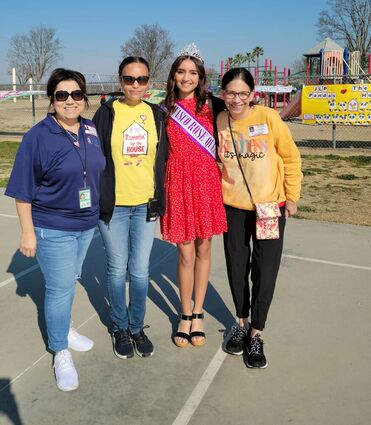 Throughout the United States and other countries, hundreds of Ronald McDonald Houses offer families great comfort while their children are undergoing treatments at nearby hospitals.

The organization's goal is to produce a "home away from home" for families struggling to care for their sick children.

"What we offer is important because we help families during a medical crisis. They don't have the added expense of traveling to the hospital where their child is cared for. It gets expensive, and we want to keep families close, making their lives a little better during a difficult time," Scarlett Sabin, director of the Bakersfield Ronald McDonald House, said.

Sabin has spent the last 14 years with the organization. "We opened here in 2009. At the time, we were the world's smallest house before it went under renovation in October 2018 and later reopened in July of 2019."

Before Covid-19, the house provided a home for almost 250 families a year. This past year they housed about 50.

"The house serves Wasco because the closest hospital they have for their children is in Bakersfield. Throughout the years, we have provided a home for many Wasco families. A family from Wasco was with us for the longest record of time, with 126 days in 2010," Sabin said.

"My entire family stayed in the house when my daughter Khloe was born with Down syndrome," Liz Adams, based in Wasco, said. "It was a regular home, and we had all the amenities."

"It was an incredible experience because of how close the house was to the hospital. I could go at any hour, and we didn't have to leave her alone," she said. "Now we always try to give back to the house and support 'Runnin for the House,' to give that experience to somebody else in need."

Their biggest fundraiser, 'Runnin for the House,' came as an idea from Brad Maberry and Jill Rodriguez, both work in Wasco. With this, students get sponsored to participate in various physical activities.

"It gets the local community involved to help us raise money to keep our doors open. We talk about Wasco every year we hold the event because it was created there and has expanded all over Kern County," said Sabin.

Wasco resident Olga Ore-Sanchez knows the house well as her close family stayed there when their child was born with spinal bifida. She later became involved with 'Runnin for the House' as a Teresa Burke Elementary School teacher. "Now all the elementary schools in Wasco participate," Sanchez said.

"It teaches kindness and helping others, which is aligned with the house mission. My daughter started in kindergarten, now is a senior in high school, and she continues to help. That is because the house has a special place in our hearts, and we are so grateful for all they do to help local families." 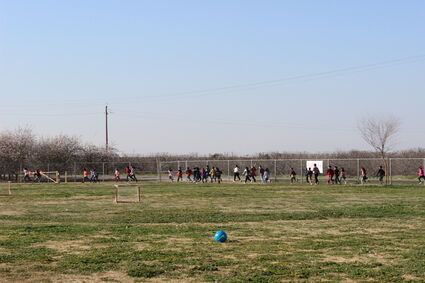 Kids participating in the Runnin for the House event

Since its inception, the schools involved in the program have raised almost $500,000 in the last 12 years. Karl F. Clemens Elementary School kicked off the event on March 21st. "It was a great turnout like every year," Sabin said.

Other Wasconians have made a meaningful impact, like Danny Rueda.

"He was amazing. In October, we gave him an award for his dedication to the Bakersfield Ronald McDonald House and everything he did for us over the ten years he supported us," Sabin said. "In the end, kids need many things to battle their illness, but the steadfast presence of their families will always top the list. With togetherness, the rest can follow."