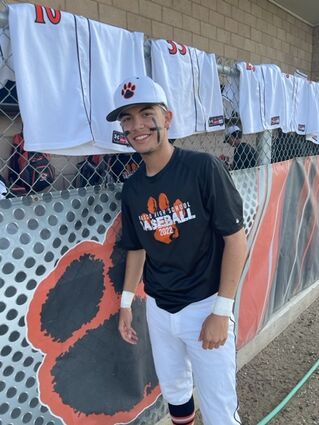 The Wasco Tigers varsity baseball team gave their best and beat Cesar E. Chavez High School Titans out of Delano with a shutout 6-0. With this defeat, the team is two and one in the league and nine and three overall.

The win was a team effort.

"It was a great bounce back as we just came off a loss. It was nice to return strong and swing the bat better to bring in some runs," said assistant varsity coach Chris Wedel.

The team did all of the little things right. They played solid defense and had many strikes.

"I am excited going forward because the team is still fairly young, getting better day by day. With this win, the team hit their stride, and they are going to be fun to watch play baseball," said Wedel.

"Hopefully, their hard work will pay off in the end," said Wedel.

Players were thrilled to win.

"I think we did a phenomenal job, and I enjoyed the game. We are on a nice winning streak," said sophomore Julian Raya, who plays infield.

Senior Jacob Ruiz, one of the captains and plays right field, said, "It was a great bounce back from our recent loss, which we should not have lost. This win helps lift everyone's morale and inspires us to keep moving forward, giving it our all."

The team is optimistic.

"We came out and played an outstanding game. We didn't let them score. I think we have a good shot at the Valley title competition where all of the schools in our division compete with other teams from the Central Valley," said junior outfielder David Aguerria.

"I think we are contenders when we play our best game. We won it back in 2017. I think we can definitely compete for a title," said Wedel.

Fans were there to encourage the players.

"I am here for my son to cheer him on. This year, he is a senior, and I am so proud of him. I brought him up in the sport since he was six years old. He loves baseball, and I am his number one fan," said Daniel de la Rosa.

Student Emily Baraba said, "I am happy to watch the team play hard. I often come to the games to show my school spirit. I am a committed Wasco Tiger. Tonight is special because the team is doing well this season."

Families came to cheer for the team.

"My cousin and nephew are playing tonight. I brought the whole family for a fun baseball night to watch them hopefully win," said Rick Juarez. 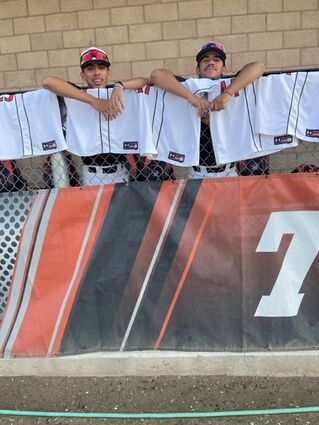 "I came with my siblings to root the team on. This is my second game, and it is always exciting to see the team win," said 6th grader Fatima Raya.

Teachers were in attendance to give the players support.

"It was awesome to watch my students thrive. I look forward to more wins this season," teacher Allie Rios said,

The future looks bright for the team.

"I am looking forward to watching the boys grow as a team. We still have about two-thirds of the season left, but there is no doubt in my mind we are going to keep working hard and grinding it out," said Wedel.