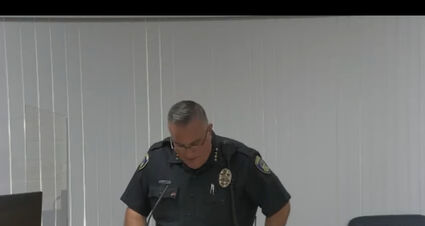 A Police Department resource officer will be assigned to the Richland School District to deal with issues that require a police presence.

Shafter Police Chief Zimmermann addressed the City Council Tuesday night, explaining the need for the agreement between the district and the city.

The officer would be responsible for serving in the school district three hours per day. This position also would interact with the staff and students of the district.

Members of the council agreed that the move was important, with Mayor Pro-Tem Chad Givens saying, "Yes, it is needed, but it is unfortunate that it is needed." The council voted for the assignment, which will be apid for by the school district.

The use of the equipment is nothing new, but council approval is now required under state law..

The council also approved an agreement for Bakersfield College to use a classroom that was recently added to the Shafter Learning Center, which is owned by the city.

It was asked how often Bakersfield College will be using the classroom. Councilmember Gilbert Alvarado had a concern about the reason why the Learning Center was built in the first place. "We were concerned about getting our third graders and fourth graders and kindergarteners efficient in reading and math. I would hate to [see] this phased out, because that is why the center was built."

Learning Center Director David Franz said that the existing programs will not be affected, with the classroom not being used every day.

The council ended up approving the agreement unanimously.

In other action, the council:

–Approved the formation of a Charter City Committee to review of the City Charter, with the council members nominating community members to serve on the board.

–Approved a contract to construct a new bus stop that is being relocated to Stringham Park. According to Public Works Director Michael James, this move will free up a lot of space in and around the City Hall parking lot. Cen-Cal Construction had the lowest bid for the project at $67,900.