Festival entertaining for young and old 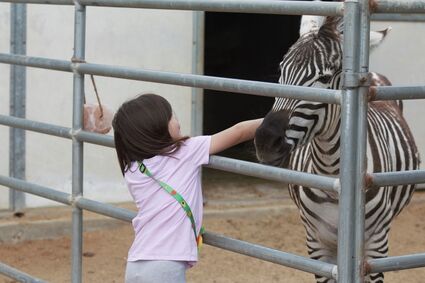 A new transplant to Shafter, All Seated in a Barn, a horse and donkey rescue organization, hosted an Easter event that gave children of all ages the chance to hunt Easter eggs, meet a variety of animals up close and personal, and also entertained the adults in the family, with music and food.

The event attracted hundreds to the complex on Imperial Street on Saturday,. The eggs were replenished continuously, giving kids a chance to hunt and find their share.

The egg hunt was just the start of this day of fun.

There were horse and pony rides, with guides to help the kids around the yards, leading the horses around the pens. The experience was a first for many of the attendees, such as Martha Engold, who brought her two sons to the event. Engold, with camera in hand, watched her youngest son, Noah, get on the horse. She couldn't hold back the tears after seeing Noah's bright smile as he was led around the ring. "This was his first chance to see a horse up close," said Engold. "This is amazing."

This sentiment was a popular one, with a lot of kids getting on a horse, or petting a llama or donkey for the first time. "She had never had a chance to see a zebra or llama before," said Armando Diaz, who brought his daughter to the event. "She loves animals and this is just the perfect day."

In addition, there was face-painting, a variety of games for the kids to play and a great variety of food to choose from. 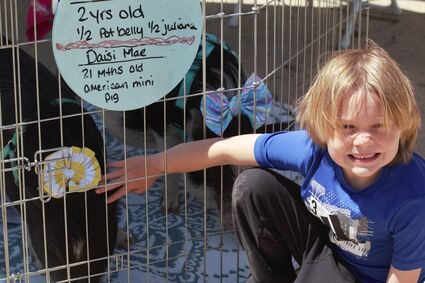 All Seated in a Barn has been rescuing horses, donkeys, and other equines since its inception in 2018. Tahlia Fischer and her sister were watching television one night and saw a donkey that was 12 hours away from being euthanized. They fell in love with the donkey, and by the end of the night, they owned themselves a donkey, and a rescue effort was born.

They now have rescued hundreds of equines, not only getting them adopted, but also caring for them and using the animals for therapy for people who benefit from their interaction.

The event is a big fundraiser for the group, and the proceeds go to helping those animals who are in need.