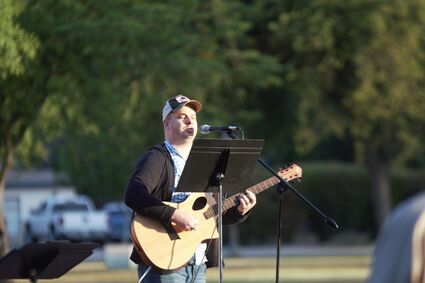 Praise and worship began the service.

Mannel Park was the site for the Shafter Community Sunrise Service, celebrating this Easter Sunday, gathering for the first time at Mannel Park in two years. The return was a triumphant one as more than 60 people gathered together.

Valley Bible Pastor Carlos Jerez was the speaker this year, with a praise and worship session held before his message. 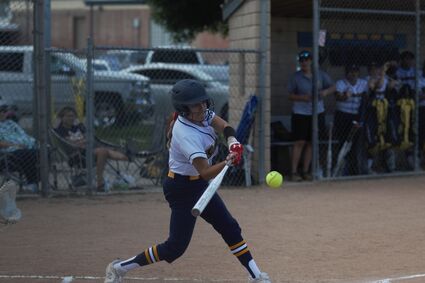 Over 70 people were in attendance.

Coffee and donuts were offered as the crowd took in the sunrise as the music began to play.

Jerez told the gathering what a price was paid by Jesus, the ultimate price for all mankind's sins. Jerez also said that Jesus first revealed himself to a group of women, because there were a lot more women there at the crucifixion than were men. "At first, the women were worried about how they were going to roll the stone away from the tomb, before they saw that the stone was already gone, revealing that Jesus did indeed rise from the dead."

He said that those who follow Him know that their price has been paid, giving them eternal life for those who believe.

After the message, Arlie Smith concluded the service with a closing prayer.