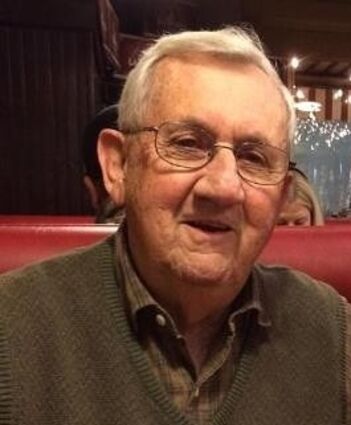 Charles David Rekosh was born to Ruth and Nate Rekosh. He was their only child. born and raised in Milford, Conn., then Florida, and finally California and the China Lake Naval Base located in Ridgecrest. While growing up on the base, he grew his love for playing all sports, but especially basketball and tennis. He also played saxophone in the band, and also was drum major until he lost that spot after tossing his marching baton backwards over the goal post and hitting the trombone player.

After high school, Charlie set off for Bakersfield College, where he played basketball as well as tennis. This all went well until his father received his grades, which led to Nate showing up and marching Charlie down to the local U.S. Army recruiter. He served two years in the army between World War II and the Korean War and became one of the first to join the U.S. Army Reserves. He was stationed at Ft. Ord for boot camp and Ft. Lewis, Washington.

After his Army days, he attended Cal Poly San Luis Obispo and played basketball there while working on his teaching credential. He came back to Bakersfield, teaching at Longfellow Elementary, then Curran Junior High and South High School, where he taught in the classroom and physical education, and coached basketball at both the junior varsity and varsity levels.

In 1974, when Tammy was 4 and Ty was 2, he and Jerine felt it would be best to raise their kids in a small town environment. So, Charlie transferred to Shafter High School, where he was a counselor, coach, dean of students, athletic and activities director, assistant principal and then retired as the principal in 2001. For Tammy and Ty, growing up within the umbrella of Shafter High, they both relied on their dad always having the key to the student store.

It was very important for Charlie to experience each level of leadership at the school and the importance of the school's role within the Shafter community. He supported all the events of the school at home and away, including the Shafter Junior Miss Pageant and even a train derailment, where the school housed and fed those affected by it. More than anything, the students at the school were most important to him, as well as their paths to success. He was constantly walking around the hallways and chatting or teasing kids.

Charlie's love of teasing and joking or making people laugh was a strong trait that was passed down. His love for humor was infectious. During his administrative life, he still yearned to coach, so he gained even more friends during his short time on the coaching staff at Cal State Bakersfield.

In 2001, Charlie retired from his final duty at Shafter High, and then he and Jerine traveled to see family and play many golf courses. He loved being a grandfather and making the kids laugh and be goofy with them.

We all know that family and the school were most important in his life. He definitely served as a teacher his whole life, even to strangers.

The Rekosh family would like to thank the Shafter community, the Congregational Church family, Peters Funeral Home and Hoffman Hospice for their love and support always.

You may view some of Charlie's tribute pictures and add your own comments and photos to the Peters Funeral Home website.

Donations may be sent in Charlie's memory to the Shafter High School Scholarship Fund.