Reserve will play this year, but not in Wasco 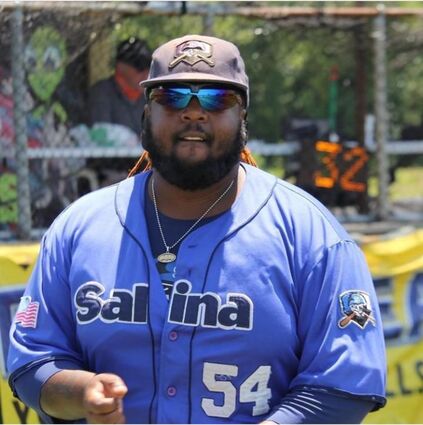 The Wasco Reserve Pecos League professional baseball club announced there would not be any games played in Wasco this season. Instead, they will play their home games in Bakersfield at Sam Lynn Ballpark.

"Logistically, it just didn't make sense to continue in Wasco," said the owner of the Wasco Reserve and Pecos League Commissioner Andrew Dunn. "It was out of our control. All we can do now is represent the city as best as we can."

According to a statement from the district manager for the Wasco Recreation and Parks District, Chris Serna, "The league was not able to acquire officials to come out to Wasco to officiate ball games without officials requesting mileage reimbursements."

Players also were requesting mileage reimbursements to and from games. The league was unsuccessful in obtaining host families for the players and could not afford hotel accommodations.

Despite the move, it will not affect team morale, the team's new coach said.

"If anything, I believe it will strengthen the team and encourage them to play harder in anticipation of returning to Wasco in 2023," said Reserve head coach Christian Carmouche.

The team had many plans for the city of Wasco, including participating in local community service.

"We still plan to do that, but it will be more difficult to do with our schedule now," Carmouche said.

"At first, I was not happy with having to leave Wasco. However, I believe it will be an opportunity to stay close and keep the team within arms reach of Wasco," said Reserve player and assistant coach Ryan Osborne.

"I love the city of Wasco, and we have a connection with our fans here, but in my opinion, Bakersfield is a good local alternative."

On a positive note, Sam Lynn Ballpark in Bakersfield will provide the team with their own clubhouse.

"The ballpark has a really cool stadium and is near many resources. Hopefully, we will draw our fans. It is only a short drive away," said Osborne.

"It is a good way to still see the Wasco Reserve play in California and build up the team for next season," said Carmouche.

Their first home game will be on Thursday, May 26, in Bakersfield at Sam Lynn.

Spring training and tryouts begin on May 18. It is expected that there will be 30 players trying to make the team. Of that, 22-24 players will be selected for the season roster

A meet and greet with fans is scheduled for Thursday, May 19, from 4 to 6 p.m. at the Pizza Factory.

All of the players will be there, and management staff and veterans that are returning to the team.

"We look forward to getting to know the community and keeping them behind us," said Carmouche

"Although we will not play in Wasco, we would still love for our fans to come to see us.," said Dunn. "We also hope to attract new followers that we can count on for next season."

"No matter where we go, we will still be the city of Wasco's team when we play in Arizona, Colorado and New Mexico. Even though we will not be playing in Wasco, we will be playing for something bigger than ourselves," said Carmouche.

Still, there are challenges.

"In order for Wasco Reserve to be successful, it will have to take the full support of our small community to be able to sustain a professional team of this capacity," said Serna.

"Sadly, this is not always the case."

For a complete game schedule and to see players' roster, visit wascoreserve.com.