The Woman's Club installed their new incoming officers last week. The officers will serve a two-year term beginning this year through 2024 and will collectively work on executing many projects over this time.

"An installation is for the purpose of ending one administration and the beginning of another. Such a change is a democratic procedure that brings a new group of officers, where fresh points of view are introduced to keep the clock ticking and progress in motion," said Diane Waterhouse.

Inducted as the new club president was Jill Drescher. Previously she was the president from 2014 to 2016.

"It is my honor to be president for our 100th birthday."

"I am proud to be a part of the club to continue the legacy of bettering our great city. I am privileged that they elected me," said Ketcherside.

"It is a pleasure to serve as the Wasco Woman's Club treasurer. We have a lot going on to bring encouragement to our amazing town of Wasco," said Judy Bocker.

"I look forward to serving the community in my new role. There are numerous worthwhile initiatives for this year and next in the works," said Sukie Martinez.

Club members raise money to empower youth and schools, providing scholarships to students. They shed light on many issues, including domestic and sexual violence, child abuse and homelessness. They also advocate on behalf of veterans.

Next year will be the club's 100th anniversary, and they are planning a big party for the community. The clubhouse is currently under renovation in preparation for this.

The Club is part of one of the world's most prominent woman's service organizations.

Countless women are long-time members, such as Janet Grundt.

"I have 50 years with the Junior and Senior Woman's Club Federation."

"The club is philanthropic, but it is also a social club," said outgoing President Cheryl Woody. 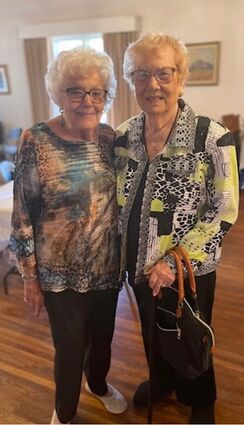 "For me, it is about the friendships I have developed over decades and how together we have made an impact in the community," said Easter Smothers, a member for more than 60 years.

"I love the meetings, activities and getting together with the ladies," said Martinez.

The club invites anyone to join, and there will be a meet and greet event in August.

"We encourage people to become involved and make a difference in their communities," said Drescher.

For more information on becoming a member or supporting any one of their community efforts, call Sukie Martinez at 661-978-2712.