City to pay to vaccinate 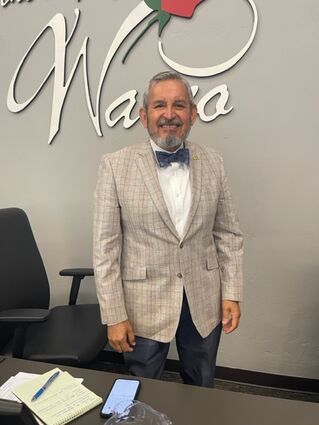 Mayor Gilberto Reyna said he was excited about the vaccination incentive program.

The city will give up to 500 residents $50 gift cards to get vaccinated, the City Council determined Tuesday night.

The $25,000 investment (plus any additional surcharge fees incurred from the gift card company) is intended to increase the city's relatively low vaccination rate..

There was a lengthy discussion to consider adopting a resolution authorizing the city manager to use the American Rescue Plan Act of 2021 funds to promote covid-19 vaccination event(s) to incentivize community participation.

Wasco's current vaccination rate is 56.32% with one or more vaccination doses and 50.04% fully vaccinated.

According to a staff report, to increase vaccination rates and drive down case rates, other communities have directly engaged the public by offering incentives (such as gift cards for local businesses) for citizens to receive vaccinations.

A number of these programs have been successful but are not without controversy. In one case, gift cards were offered primarily for local restaurants and grocery businesses. Owners of other (nonfood) businesses were critical because they were excluded from the program, while others questioned the use of public funds to promote a vaccination program which is still controversial for some.

The use of generic cards, such as Visa gift cards, eliminates the possible problem with vendor selection; however, it also allows the incentive to be spent outside of Wasco and not with local vendors.

"These incentive programs work based on data from other towns. This is an excellent opportunity to do something great for our community and keep them healthy," said Mayor Gilberto Reyna.

The program is open to everyone. The question was raised regarding how the city can get the word out to the large Latino Spanish-speaking community, and Mayor Reyna said he has partnerships in place to disseminate the information among this demographic.

The resolution to implement a gift card vaccination incentive program was unanimously approved.

"I think it was a very good discussion, and I am excited about it. What better investment than investing in our residents to protect them and us," said Mayor Reyna.

A resolution was unanimously approved to accept the two $5,000 awards each from Pacific Gas and Electric Co. and from California for All Animals Statewide Animal Shelter Assistance Program.

"Money will be used for anything the shelter needs to operate to keep animals safe and hopefully adopted," said Lara.

A certificate of recognition was presented to Wasco Tigers Taekwondo for their many years of teaching Wasco youth martial arts. 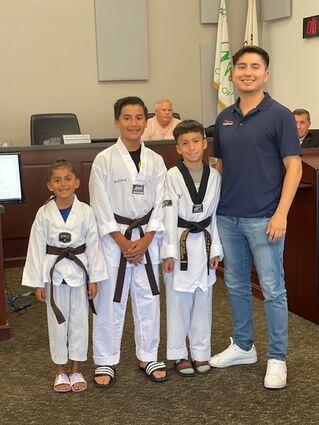 "This helps build their self-esteem, self-defense and confidence and contributes to a more peaceful world," said Mayor Reyna.

"They are to be celebrated because they represent the spirit of Wasco," said Councilmember Garcia.

Sergeant Charles Shinn from the Kern County Sheriff's Department provided the council with a comparison of crime statistics between April and May. His report showed that CFS (calls for service) increased slightly from 842 to 849, total arrests decreased from 60 to 54, citations (traffic/parking) decreased from 42 to 31, patrol checks increased from 83 to 93 and narcotic related cases increased from 10 to 30.

Chief Joe Appleton from the Kern County Fire Department reported on data collected since January 2022 showing that 43% of fires in the county are caused by homelessness or related homelessness.