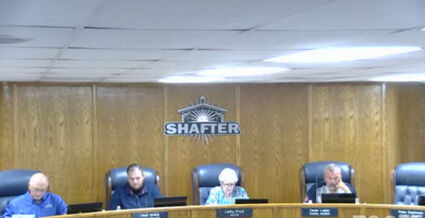 The Shafter City Council, after several workshop, unanimously approved a budget with a modest surplus in 2022-23

The budget approved Tuesday night projects operations revenue of about $44.9 million, with expenses at about $44.4 million.

This is a dramatic increase in the revenue from 2021-22, which saw the city still recovering from the pandemic. Sales tax is responsible for 43% of the city's revenue, giving the city a leg up on other comparable cities, led by the strong showing of William Sonoma.

The General Fund cash reserves remain fiscally sound, with a total fund balance of $56 million at the end of the fiscal year. The initial projection was a surplus of a little over a million dollars for the year 2022/2023, but the council approved various capital expenditures on June 7 that impacted the projection.

The Police Department has a projected budget of about $8.4 million, which is about $2 million more than last year, but the same as the budget for fiscal year 2020-21. The SPD had requested an additional $500,000 for an additional officer, as well as funds to locate a temporary substation in the Gossamer Grove area.

The approved budget, along with explanatory details, is available on the city's website. There is a glossary of terms and tips that help anyone read and understand the budget for the fiscal year.