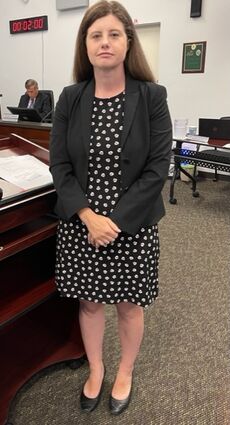 This water usage target is for efficient indoor water use such as drinking water, bathing, washing dishes and doing laundry.

"This will affect people's lives in a real way. We need to find a solution that gets us where we need to be with the least effect on our residents' finances," said Mayor Gilberto Reyna.

"You can see my displeasure. I don't like them at all. There could be other options that don't affect our people that severely."

"These rates have provided a great value to residents," said Lechowicz.

Those low historical rates have not kept in line with the increased costs due to inflation and other related factors.

An analysis found that the water fund's financial health is strong, with an estimated $11 million in cash reserves.

It was suggested that some of these funds could be allowed to help mitigate the impact of the fee increases for prices paid for water and sewer.

Three water option scenarios over five years were presented to and discussed by the council. All three represent an increase over this period of 56%.

Option 2 would go from 2,500 cf to 1,500 cf, with residents getting an increase only over three months of the year, but the city would be paying for rate mitigation at the cost of $865,000 out of the $11 million. The annual fee for an average single-family residential customer would go from $343.20 to $533.98. Option two is in the middle with a medium bill impact.

Option 3 would be stepping down from 2500 cf to 2100 cf and would see a significant change in one's monthly bill by the fifth year. This would still cost the city $2.4 million to mitigate the impact on bills in year one and two. The annual increase for the average single-family residential customer would go from $343.20 to $533.98. Option 3 has the lowest bill impacts over the first four years when comparing the three rate options. There are more reductions in years one and two.

All options will result in a final 56% increase. The only difference between the three scenarios is the amount of rate mitigation in years one through four. Option 1 has no mitigation, Option 2 has some mitigation, and Option 3 has the most mitigation.

Councilmember Mike Lynch said there was no way that you can live on 700 cf of water.

"I know the state is driving it. I agree with the mayor that we are getting reduced with what we are allowed to have, and our rates are going to go up," Lynch said.

"Why are we going to pay more for getting less? It doesn't weigh out for me."

A suggestion was made to explore possible program incentives for residents to adapt their landscapes to be more water usage efficient.

For the sewer rate proposed increases it was shared by the consultant that the sewer revenue financial health is strong with an estimated $3.5 million in cash reserves as of June 2022.

School sewer rates would increase significantly, with annual elementary school per-student fees based on attendance from $9.02 to $13.44 by 2023. For high school students, it would go from $10.91 to $27. This would be over the next two years for elementary and high schools.

Staff was directed to contact the schools for them to provide data that might mitigate their increases. 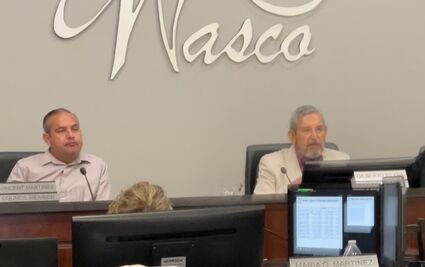 The scenarios for the sewer rates would include options reduction in the rates for apartments and other multifamily dwelling units.

"These are first draft rate proposals as directed by City Council. I will further review options to lower the rates from these initial proposals," said Lechowicz.

It was agreed upon that more data be collected in order to make the best-informed decision on what scenarios to pursue.

The consultant recommended that the timeline for finalizing a plan should be pushed back to Jan. 2023 from the current proposed rate implementation date of Oct. 1.

"Moving it to January would make sense to me," said Mayor Reyna.