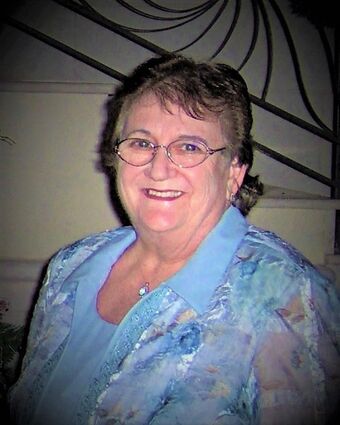 On June 11, 2022, at 4 a.m., on the 44th anniversary of our family's arrival in California from New York, our Mom, Mae P. Murphy, 85, was finally able to reunite with the love of her life, her beloved husband, Edward K. Murphy. We are certain that our Dad ran right past St.. Peter to be the first one to welcome her through the pearly gates! Dad was a mere 43 when he died, and they only had 11 years of marriage to cherish each other. After 47 years apart, they are together again for eternity.

Mae was born on Dec. 27, 1936, to Margaret and Frank Yablonski. She is survived by her three loving children; Mary M. Jeffrey (John), Kathleen J. Murphy and Edward J. Murphy, all of Bakersfield, and her sister, Carol A. Bartens, of Florida, and brother, Richard D. Page (Rosina), of New Jersey. Her legacy includes her granddaughter, Skye Fosdick (Joseph), and two great-grandsons, Xavier and Declan, all also from Bakersfield.

Mae became a nurse in 1957 when she graduated from Mary Immaculate Hospital School of Nursing. Upon graduation, she decided to join the Convent of the Nursing Sisters of the Sick and Poor and served as Sister Mary Dismas for 5 years.

Mae continued her ministry with the Catholic Church as a member of the Third Order of Franciscans, an Ursuline Associate, and a Eucharistic Minister. After the passing of her husband and continuing to raise their three children, she followed her dream and moved her family from Long Island, NY, to Wasco and eventually Bakersfield. Her career as a registered nurse continued for over 40 years.

Mom was known by many names in her 85 years: daughter, sister, cousin, aunt, friend, nurse, mother, grandmother and even Sister Mary Dismas, but the one she treasured the most was "wife." In all her years, she never lost her feisty New York attitude or accent. Her notorious St. Patrick Day parties were the talk of the town. She was dearly loved and will be missed by all those who knew her.

Mom will be interred with our Dad at the Long Island National Cemetery, New York, at a later date. A Rosary will be held at 11 a.m. followed by the Funeral Mass at 11:30 a.m. on Thursday, June 30, at Saint Elizabeth Ann Seton Catholic Church, 12300 Reina Rd,, Bakersfield.