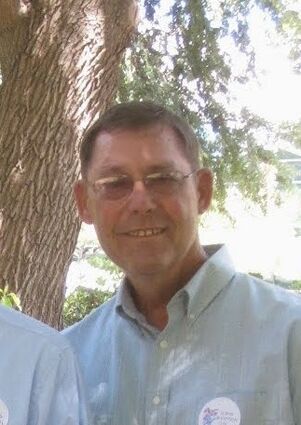 Randall Jerome Penner was born on Aug. 2, 1952, in Bakersfield, to Arthur and Donna Penner. He died on June 12, 2022, at Community Regional Medical Center in Fresno.

Randy, the third of four children, lived his entire childhood in Shafter, growing up at the generational family farm house just north of town on Los Angeles Avenue. Randy loved living at the house, playing all sorts of games in the yard surrounding the home while also spending summers working on his father's farm. Randy was diagnosed with epilepsy at the age of 3. He would learn to overcome the problems of this disease and eventually several others throughout his life.

Randy attended Shafter High School, where he played saxophone in the marching band and played basketball, baseball, and competed on the track and field team. Randy graduated from Shafter High in 1970 and subsequently attended Fresno Pacific College.

While a junior at Fresno Pacific, Randy began dating fellow student Pamela Riffel of nearby Sanger. Pam would attend Randy's soccer games and Randy would visit the Riffel house for Sunday dinners. Their courtship would span the remainder of Randy's time at Fresno Pacific. Randy and Pam were married at the Sanger First Presbyterian Church on Aug. 3, 1974, on a hot summer day. They were married for nearly 48 years.

Randy and Pam took up residence in a side building of the Leo B. Hart house in Shafter and Randy joined his father in the farming operation. Randy and Pam moved into town to Maple Street in the summer of 1976. Sons Brian and Nathan were born in 1978 and 1980, respectively, and lived their early years in the house on Maple.

Daughter Allison was born in June 1985. One week later, Randy and Pam moved to the countryside north of Shafter to a home they had built along the dirt road of Orange Street. This light blue two-story house would be their beloved home for the next 37 years.

Randy partnered with his father, along with Mark Franz and Bob Wiebe, in Art Penner Farms and eventually changed the business name to Furrow Farms. Their operation grew to include land on which they grew cotton, raisins, carrots, sugar beets, alfalfa, corn, potatoes and eventually almonds. The routines and patterns of agriculture guided the rituals of family life. The family business acted as a centripetal force that kept the family centered in Shafter.

Randy was a lifelong member of the Shafter Mennonite Brethren Church and was baptized there on June 28,1964. Randy loved the Shafter church. He was a member of the choir his entire adult life and loved singing baritone. He was constantly active on the Dining Hall Committee, helping to set up and clean up for countless potlucks, holiday dinners and other events.

Randy enjoyed being part of the larger Mennonite Brethren community. He was a board member for many years on the Mennonite Men's Chorus and looked forward to volunteering at the annual Mennonite Relief Sale at Fresno Pacific.

Randy was a devoted father and husband and, outside of his faith, loved his family more than anything. He coached his children in youth baseball and soccer, attended nearly all of their games through high school and even college, and supported them in whatever venture they pursued. Randy loved family gatherings and enjoyed nothing more than spending time with his loved ones around the dinner table.

Randy was preceded in death by his parents, Art and Donna Penner.

A public service will be held at the Shafter Mennonite Brethren Church on Saturday, July 2, at 3 p.m. following a private interment at the Shafter Cemetery.