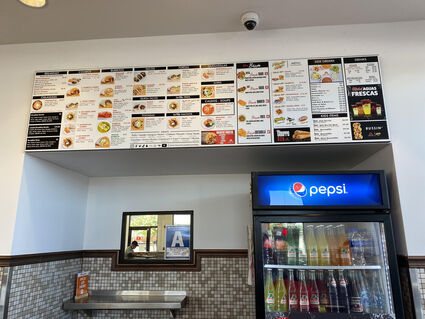 The menu includes authentic Mexican food that is not on a lot of other fast food restaurants.

The new restaurant in town, Tacos La Villa, has enjoyed a great start, with lines in the drive-thru and a brisk business in the store, making their first couple of months a success.

Owner Danny Nunez has brought unique fare to the city. "We are truly blessed for the opportunity to bring our authentic brand of Mexican food to Shafter," Nunez said this week.

Begun in 1993, Tacos La Villa has grown to include nine locations in Bakersfield, and growing. Reviewers have noted that the food at the restaurant has an authentic flavor, giving residents a more traditional Mexican food experience than some national chains.

Shafter Business Development Director Bob Meadows said that the restaurant has a unique take on the fast food industry. "Their hook is that the food is more like homemade and authentic than some fast food chains," said Meadows.

Diner Marie Villalos echoed that sentiment. "I just love their food. It is a step above most fast food places, with a more authentic feel and taste to the food. I can't get enough of their Cheeto Burritos. They are awesome!" 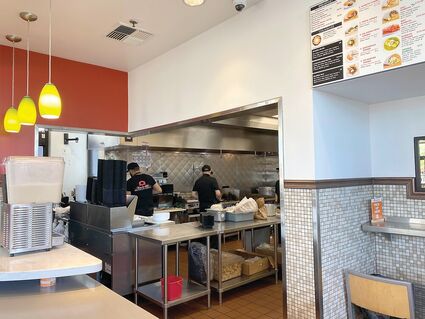 Members of the Tacos La Villa team working hard to serve the community.

Tacos La Villas are famous for, in addition to their carne asada fries, is their Taco Tuesdays, with 99-cent items all day.

The brand resulted when a couple of dreamers, including Danny Nunez, brought tacos, burritos, tortas and more to the residents of the county. They also serve Pepsi products, and also serve fresh aguas,such as the popular horchata, jamaica, limonada and agua de pina.

The eatery took over the former Del Taco near Central Valley and Lerdo highways, and the turnover was quick. "The move was pretty much turnkey," said Meadows.

The owners also have enjoyed an easy working relationship with the city, both Meadows and Nunez said.

Tacos la Villa, 135 Central Valley Highway, is open Sunday through Thursday from 5 a.m. to 1 a.m., Fridays and Saturdays until 3 a.m.