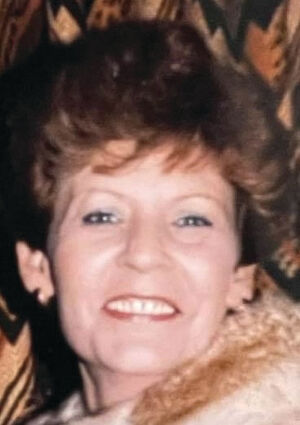 Paula Harmon was born on June 20, 1938, to Ira and Bessie Thompson. She was married to Ron Harmon in 1955. They later moved to Shafter in 1969, where they raised their three children, Lonnie, DeEdra and Rodney.

Paula was a great homemaker who loved to bake and do embroidery any chance she got. She was Nana to everyone, especially her grandchildren and great grandchildren.

Paula was preceded in death by her husband, Ron, in 2008; her oldest son, Lonnie, in 2022; and her two brothers and her sister. She is survived by her daughter, DeEdra, and husband Ron Rhoads; and her son, Rodney Harmon, and wife Rhonda. Paula is also survived by her nine grandchildren and 14 great grandchildren, and her many nieces and nephews whom she loved so much.