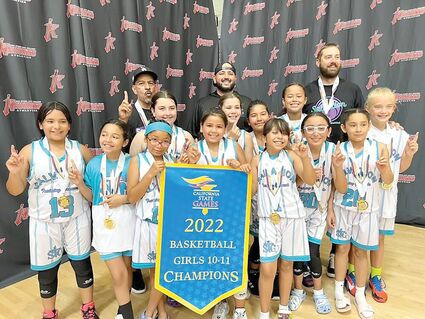 The STG squad went undefeated at the State Games to capture the championship.

A team of Shafter girls traveled to San Diego over the weekend to compete in the California State Games, coming back with a State Championship in the Girls 11 and under Basketball Division.

The team, Salvation Training Ground, was coached by Fabian Jimenez and Mike Watts, have played together for the past three years, with a couple of the team members coached by Jimenez since they were 4 and 5 years old.

The season begins in late March, with the season culminating in the middle of July. The team won all of the tournaments they entered this season, including a regional qualifying tournament held in Hanford, that sent them to the state tournament. 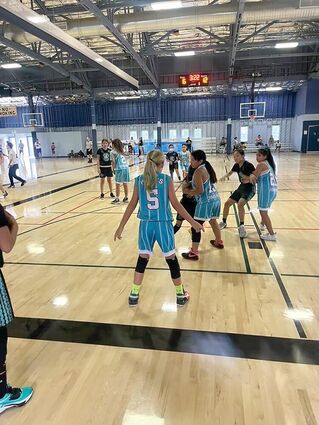 The team played a great game on the offensive and defensive side of the ball.

Jimenez said that their success is due in large part to the chemistry that they have built over the years, as well as the support they have received from the coaches, volunteers and sponsors.

STG is a nonprofitt organization that allows the girls to compete on a big stage, even being from a small city, going up against teams from much larger areas, including their opponents in the championship game, the San Diego Piranha.

They beat the hometown Piranha in the final game, 16-9, after getting wins of over 10 points each in their two earlier contests.

and Tianna Zavala. There was also a third grader on the team, Alyassah Torres.