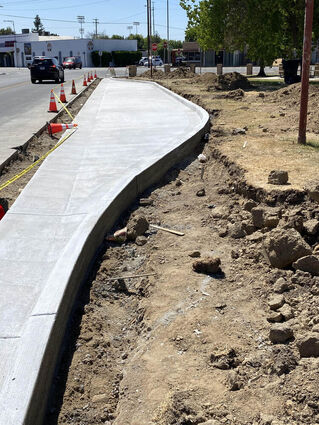 Construction has begun on the new location of the Regional Transit Bus.

The Shafter City Council approved a portion of the James Street project that will see the Regional Transit Bus Stop relocated from the corner of the City Hall location to Stringham Park, right off of James Street.

The project is made possible by cooperation between the City of Shafter and the Kern County Public Works Department.

Shafter Public Works Director Michael James said that the project is part of the approved 2022/2023 budget, which earmarked monies for the project.

Although construction has begun, they are now waiting on the relocation of a bus shelter to the

Stringham Park location. This also includes a new parking lot at the site, which will be on the Lerdo Highway side of Stringham Park.

The relocation does have its fans. Reggie Reinhold, who rides the bus regularly, said that the move would be a good one. "That intersection where the bus stop is now is kind of crazy. It is right off of Central Valley Highway, and the traffic goes so fast down that road. I will feel a lot more comfortable and safe with the bus stop being at the park." 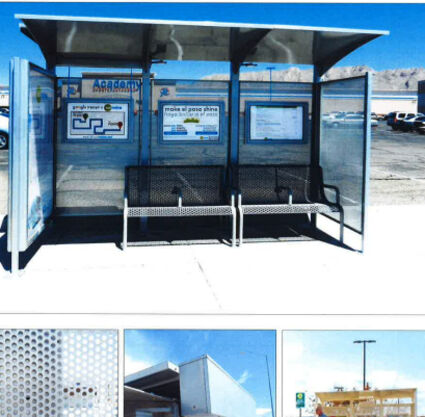 This is an example of the structure that will be installed on James Street.

The Shafter City Council approved the purchase of a new bus shelter, which is a pre-fabricated structure that will provide shelter and shade for bus riders as they wait. Cen-Cal Construction was approved to do the relocation of the building, with a low bid of $67,000. This was approved by the council in May.

Previously, the council approved a project that would build a new transit bus bay turnout on James Street, adjacent to Stringham Park. Upon completion of the project, the county has agreed to relocate its Regional Transit Bus Stop in Shafter to the Stringham Park location.

James said that this new location will be an ideal spot for the Regional Transit Bus. "This will be a better option for the site, freeing up a lot of space around the City Hall buildings."