SNIP clinic makes its way back to Wasco 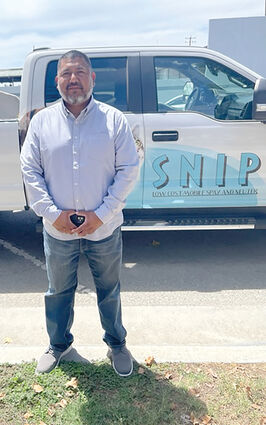 The City of Wasco, in partnership with SNIP, held a free mobile spay and neuter clinic for residents.

"All across the country, we are facing a crisis of pets dying in shelters that do not have homes," said registered veterinary technician Kandice Webb.

"These pets end up here because of irresponsible owners breeding their pets without regard for the crisis in our shelters."

The event was aimed at reducing the population of strays.

"I wish more people would spay and neuter, and we wouldn't have such a problem," said Animal Control Officer Marco Silva.

Spay and neutering have many pet health benefits, even preventing many cancers.

"It can help stop pets from needing to roam, prevent accidental litters and prevent other reproductive diseases," Webb said.

The city paid for the event.

"As funds come in, like this grant from PG&E, we offer this to our residents at no cost. This helps them, especially when everything is going up like gas and food," said Public Works Director Luis Villa.

"This is an expense they won't have. It is a savings for them while getting their animal fixed."

Villa said the issue is that there are a certain number of people that don't care for their pets.

"Some abandon their animals, and that is what we are trying to avoid."

The event was successful, with 57 animals getting spayed and neutered.

"It was a great turnout, and many residents took advantage of getting their dogs fixed, vaccinated and chipped," said Silva.

Shelter worker Eulalia Barraza said the goal is for people to educate themselves and think about their dog or cat.

"It is a lifetime commitment, and one has to be a responsible pet owner."

She said the majority of calls they get are from low-income families.

"This service is a great opportunity for them, as well as for the overall community."

Vicki Newman came with her daughter's dog and her dog.

"It is wonderful because it is good for people that can't afford it and for citizens that need and want to get it done," said Newman.

"It stops them from having babies and multiplying."

"This free service helps save money, and I want my dog to be healthy. She is an important member of the family. I love my dog."

Webb said that if we can get public support, we will see a reduction in euthanasia. 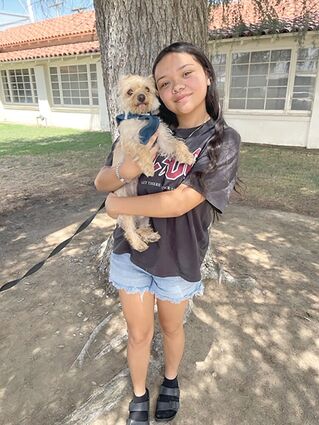 Giselle Carrillo came with her dog Muneca, Spanish for "doll."

"It is sad. They are young, happy, healthy, friendly animals and after a week in the shelter, they can get euthanized."

The clinic was a step toward a solution to addressing the problem.

"I would like to thank our employees that helped put it together. It was a team effort and clearly shows their dedication to make events like this happen for our residents," said Villa.

"I also want to thank the residents that came out to help us decrease the number of strays."