WUESD students return for another year 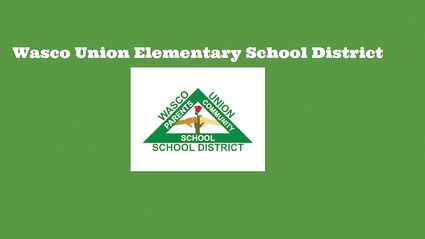 Aug. 8 was the first day of school for the Wasco Union Elementary School District. It was also the start of something grand.

Throughout the district, almost 3,400 students embarked on the new year.

"Looks like we have an increase of students across the district and anticipate we are up already about 100 students," said Superintendent Kelly Richers.

"Most of the students appear to want school attendance though we are still offering remote as needed."

The district has improved year after year in mathematics and English language arts, and wants to help the community with highly qualified teachers, moving students toward being proficient in English.

There are counselors at every school, pathways to college at the middle schools, after-school sports and after-school activities until 5:30 p.m. for all students.

There are also many other programs, including universal breakfast in the classroom and universal lunch at no charge to parents.