Katie Wiebe making a difference, in many ways 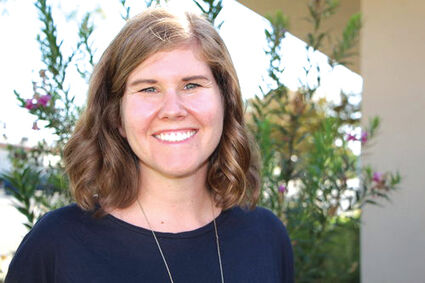 Katie Wiebe is the librarian at the GROW Academy.

This is the first of a series highlighting local residents who are making a difference in the community.

Katie Wiebe is the librarian at the GROW Academy during the school year, but one of many hats she wears throughout the year.

Wiebe, along with Melissa Bergen, created the Listen to Shafter organization that has made a difference in many ways in the Shafter community.

A few years ago, Wiebe and Bergen saw a need in the community and worked to fill that need. Shafter had no outlet for people who wanted to voice their concerns to the community. With the Listen to Shafter organization, the residents now have a place to go and a tool to turn those concerns into results.

When the Kern County Library system essentially abandoned the Shafter Branch Library, Wiebe, Bergen and the rest of the Listen to Shafter group started working on a solution to save the library. Public protests, coupled with petitions signed by residents, as well as a City Council that listened to the voices of Shafter, resulted in a partnership with Bakersfield College and the new Shafter Municipal Library.

In another example of the impact Wiebe has made on the community, look no further than a former blank wall facing the Shafter Learning Center off of California Avenue. What started as a conversation between Wiebe and a few girls from a class at the Shafter Learning Center, the Mural Project was born. "It is amazing what can be done with a dream and some hard work," said Wiebe, when commenting about the girls' efforts at the unveiling event for the mural.

Wiebe also is a major player in the Shafter Christmas Store, which gives the parents of local children a chance to buy their kids Christmas presents at a big discount, allowing them the chance to give their children a great Christmas without a hand out. 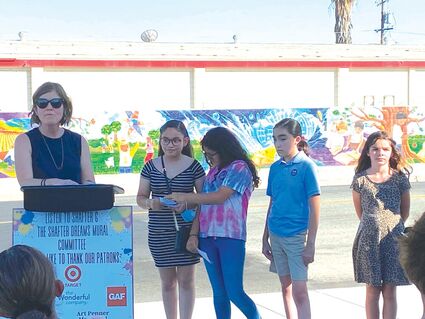 Katie Wiebe was an instrumental part of the Save the Library efforts that resulted in the new Shafter Municipal Library.

In recent weeks, Wiebe was a part of the presentation at the Community Task Force meeting in Shafter, as she is a part of an effort to bring a thrift store to Shafter that would give the community a place to shop for quality items at a discount price, while also creating jobs for local individuals, as part of the Mennonite Central Community Thrift Shop Network. This store would be an addition to the organization's efforts to enrich local communities with a business that would result in jobs, as well as a business that would serve the community who may need a place to shop at discount prices.

Wiebe is married to local teacher Jon Wiebe and has three children who attend the GROW Academy. "It is important to get involved in the community and also have a voice in that community, working as a team to make our city a great place to live," Wiebe said at an event last year.