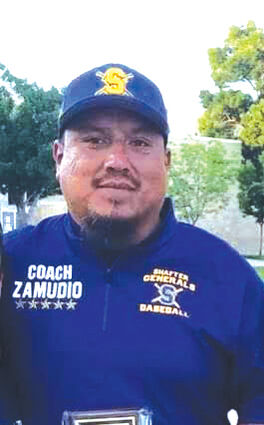 Rafael Zamudio believes that their should be better investment in the city's future, including youth programs.

Second in a series on the candidates for Shafter City Council in November. Prior stories can be found at TheShafterPress.com.

Rafael Zamudio wants to run for City Council to help make a difference in the community. He believes that the council has not been listening to the residents, and it is time that they have a voice.

"As a home grown Shafter resident, it was an easy decision to throw my hat in the race for City Council. I have noticed changes in our local government that don't coincide with what our residents deserve."

Zamudio said that he wants to be a representative of what the majority of Shafter residents are, which are hard workers, future thinkers, family oriented with business growth in mind. "Living in the heart of Shafter, I get to hear concerns residents have, such as drinking water issues, accessibility to resources that are funded by local businesses and taxes. I hear my community and our needs, and I would like to be a factor of change towards what "we" really need in our town."

Zamudio said that some important issues facing the city are investment in future growth, providing youth programs, finding solutions to our water problem and reducing costs to become more efficient with citizens' money.

"I think that it is important that our actions are supported by facts, not influenced by random 'ideas' or personal investments."

He said that some examples are to have more nonprofit activities around the youth and adolescents. "Research shows that children who are occupied in sports, physical activities and extended education programs such as robotics, nutrition and language arts are less likely to drop out of school and become involved in crime activities. I want to start investing in our future, which is our youth."

He said that those who know him understand that he will not conform to the norms and not stand for injustice and bring inequalities up for discussion. He said that he is not afraid of uncomfortable discussions.

"For those who don't know me, hopefully you will vote me in and get to know me and learn that all I say is supported by actions," he said.