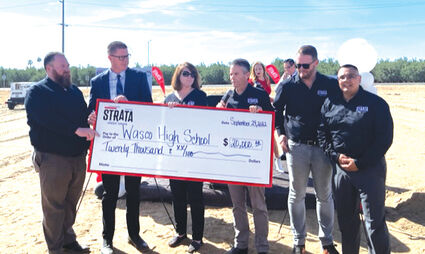 Vice-president of sales and membership, Jose Gonzalez, said it was an important step toward their goal of providing underserved communities like Wasco with a credit union as there are none.

CEO Brandon Ivie thought the event was amazing and said he didn't expect so much community involvement.

"They really showed how much they appreciate us for coming out here," Ivie said.

He added, "Our mission is to help the unbanked and underbanked here in Kern County."

With a credit union in Wasco, he said the benefit is that they will be able to provide residents with traditional banking services that are currently not being offered here in Wasco.

Strata will support those who speak Spanish or are undocumented and are not being serviced by local banks.

"It's very easy to open an account. All that is needed is an ID, and it doesn't have to be U.S. based," Ivie said.

There are differences between Strata and a traditional bank.

Ivie said, "Their mission is to make as much profit from their customers, whereas a credit union is owned by its members. Our profits are reinvested in our members and community."

Members will have access to ATM's and full-service staff that will be able to communicate with them in their language to answer any of their questions or financial needs.

Senior vice-president of lending and IT, Brenda O'doherty, said, "We offer all of our documentation in Spanish, and a lot of our employees speak Spanish. I feel like we are doing a great job by helping anyone that comes in."

In addition to the general public, Strata also aims to help agricultural workers.

"We have the products and services that would serve them well, and it's going to keep them away from predatory lenders and check cashers who charge extraordinary fees," Gonzalez said.

With Strata, there would be no cost to cash checks. There is also no cost to building credit.

Strata Credit Union is working hard to be an instrumental part of the fabric of Wasco and presented a check for $20,000 to the Wasco High School athletics program.

"It doesn't stop there. We are going to be supporting the community with financial literacy and sponsorships of clubs and events that support families," Gonzalez said. 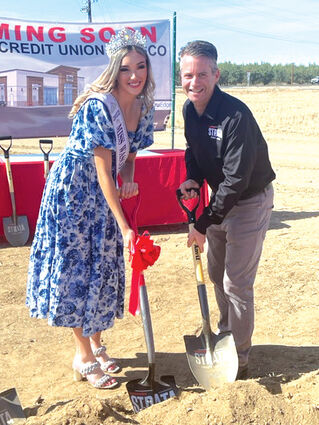 It was a celebration, and the Wasco High School varsity cheerleaders and school band were on hand to provide entertainment.

Councilmember Alex Garcia said, "I am thrilled for this milestone. It is a Wasco first to have a credit union in town where truly the services are most needed."

The opening of the branch is anticipated for the summer of 2023.

Gonzalez said Strata is dedicated to the community's future for it to blossom and grow and invites everyone to join and become a member.