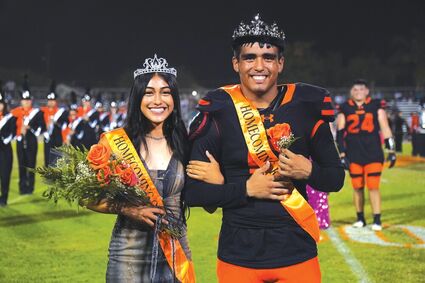 Wasco High School spirit was proudly celebrated at the 2022 homecoming activities and football games against Robert F. Kennedy High School from Delano. There were floats, a rally and the crowning of the king and queen.

At the rally, students were pumped up ahead of the games with loud cheers from the crowd. The cheerleaders and school band performed. There were games, music, dance and skits.

The floats were a big hit amongst the students, where each class showed their pride, originality and creativity. There was also a special performance by mascot Tilly the Tiger.

Mr. Eusebio said, "It feels great. I am appreciative of the support from the student body and staff for recognizing me as Mr. Tiger. It's a great honor to represent Wasco High."

Nadia Ornelas said of the rally that it was very exciting since it was her last one as a senior.

Daphene Jackson and her class worked on their float and skit until sunset every day leading up to the event.

"We all rehearsed our lines over and over to perfect our skit," Jackson said.

Varsity cheerleader Addison Fore said the best part for her was the floats.

She said, "I liked the decorations, skits and ideas they came up with. I'm glad to be a tiger."

Dj Technique provided the entertainment with his musical selection of banda, reggaeton, cumbias and hip hop.

Jayden Hinojosa said, "I think it was a really thrilling experience. We got to enjoy homecoming day, have fun and cheer on our football players."

Junior varsity cheerleader Mariana Gonzalez said the rally was phenomenal. "I really liked it. I'm glad we are doing rallies like normal again."

After the rally, more excitement continued with the junior varsity and varsity football games, where various clubs sold drinks and food.

Rudy Ballardo was raising funds for the basketball team and sold quesadillas.

"It was a great way to get out there in the community. We are going to use the money for our tournaments," Ballardo said. "It was our first time doing this, and we sold a lot."

He added, "The energy was alive, and I liked being a part of all of the activities."

Of the festivities, Johathan Ruiz said, "I think it was a good representation of Wasco and a good environment to show our pride. Once a tiger, always a tiger."

The junior varsity football game was just as exhilarating. Those that attended were hoping for the best and a win.

"I am really excited for the game. I think our boys will do great as long as they play with their heart," Davanie Caban said.

The junior varsity team gave it their all but unfortunately lost 3 to 22. Even so, they put up a good fight.

Councilmember Mike Lynch said, "Today's game was excellent. They were playing hard even though they beat us."

Monse Morales said of the varsity football game, "It is a really good game. It looks like the players are having a good time. I hope they win."

Joshua Cooley added, "It's a neck and neck game."

During halftime, the king and queen were announced. The king title went to Izaiah Juarez, and the queen was Valerie Hernandez.

After halftime, the varsity team moved forward with their solid push against the competing team. 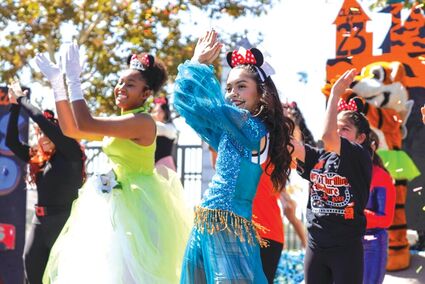 Angel Hernandez said of the game, "It's very intense, and you don't know what's going to happen. It's two rival teams going head to head, and it's homecoming."

In the end, the Tigers lost to the Thunderbirds 12 to 20.

Andrew Reyes said, "It was an exciting game. There were a few letdowns, but it was still a good game."

The Tiger teams will soon face off with another rival, Shafter Highschool, on October 28th. It will be a home game.

Edgar Crane said, "I can't wait to go to the Wasco against Shafter games and cheer them on."