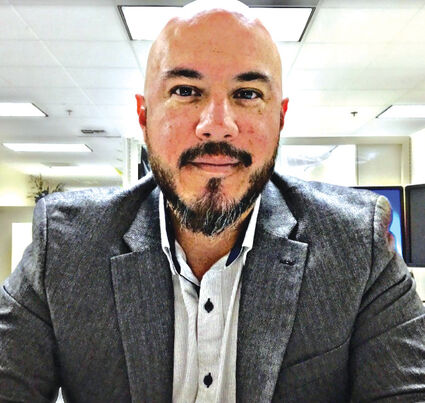 All of the candidates bring years of experience in community service and education. They have served as teachers, coaches, board members, school supervisors and volunteers.

One such candidate is incumbent Juan Bernal, who currently works as the program coordinator for the Wasco Recreation and Parks District. He has served as a WUHS District board member for the past eight years.

He said, "While we've had lots of success at Wasco High, I believe there is more work to be done."

Bernal, a Wasco native, has a diverse background as a Marine Corps veteran and has spent over 20 years in the banking industry. He is also a coach and community volunteer.

He believes that one of the biggest challenges faced by any elected official is how to successfully navigate relationships with people you may not agree with.

"If re-elected, I would continue to be approachable, advocating for what is right, even when it's not popular," Bernal said.

There are many issues he cares about, including diverse student achievement.

"We must offer students high-quality instruction that includes knowledge, skills and values to succeed in career and/or college," Bernal said.

"We must attract and maintain an elite group of teachers, administrators and staff that share a culture of collaboration to see our students succeed."

Bernal is a firm believer in leadership through service.

"I understand the history and work that has gone in to make our high school district the example many other districts look up to. My service to the community will continue regardless of the outcome of this election," Bernal said.

Another candidate is Tony Perez, who has lived in Wasco for 28 years. He attended Wasco elementary schools and high school.

"I am running to be more involved in the community I care so much about. I have no other agenda than to help make Wasco Union High School District the best high school for our kids."

Perez has been a the maintenance, operations and transportation supervisor for the Lost Hills Union School District for almost six years.

"I have been very involved in the community of Lost Hills, providing support and services such as at community events. In the Wasco community, I have coached for Wasco Recreation and Parks District soccer and baseball for all three of my kids," Perez said.

He enjoys working with youth and thinks serving on the board would be a natural extension of his passion for helping young people.

He added, "I believe I should be elected because I am committed to working with district administration and fellow board members to ensure that we make decisions that are good for the students, parents and overall the school community."

Perez said he cares deeply about the community of Wasco and advocates for students to receive a high-quality education, for there to be school safety and strengthen the voice of parents.

He said of his experience supporting youth, "I have extensive knowledge about the school system and operations, and I am fully committed to making a difference."

Candidate James Adams has strong roots in Wasco. He and his wife, Monica, are both WHS alumni; she currently works as a Wasco Independence High School teacher. His daughter, Sara, attends WHS.

In his professional life, he is a strategic buyer for the Chevron Corporation supply chain.

Adams has served, supported and been involved in many local organizations, such as the WHS football boosters, Ag boosters, WRPD baseball and softball coach, Wasco Bengals and Wasco wrestling club, where he is the vice-president of the board.

He says he is a man of faith and a Canyon Hills Wasco Church member.

As someone that lives year around in Wasco and works full time, he believes he is up to date on the current issues and trends.

He said if elected, he would serve the role with honor, respect and understanding while supporting the district's belief statement of "Educational Excellence for All."

"I would fully support all efforts to ensure the safety, mental health and well-being of every student and employee of the district. Our future is counting on us."

He thinks he stands out among the other candidates.

"I have a servant's heart and have enjoyed coaching over the years, so I think these qualities naturally exemplify why I am the best candidate."

Incumbent Joe Hively is up for re-election.

He said he is running to give students the best opportunity for a quality education.

Hively was a teacher for 30 years at WHS. While there, he coached two sports teams each year and was a yearbook advisor for 11 years.

He has extensive experience in public service, having served on the Wasco Recreation and Parks District board for six years, the City Council for seven and a half years, one year as mayor pro tem and one year as mayor.

In addition, he spent four years on the 1% sales tax committee.

As a current board member, he has held several positions, including a year as the clerk and one year as the board president.

Hively has been part of the Wasco Elks Lodge for 13 years and a volunteer for Toys for Tigers over the last ten years. He was born and raised in Wasco and said his passion for the Wasco Tigers is as strong as ever.

About the issues he supports, Hively said he wants students, parents and staff to have trust in their educational system.

"[I want] students to feel safe and secure and to become the very best that they can be," said Hively.

He looks forward to the opportunity to continue serving as a board member.

"With the leadership roles and experience I have had in the Wasco community, I am excited to be part of the growth and future of Wasco High," Hively said.

Mario Juarez seeks to join the school board because he wants to get more involved with the community. He has lived in Wasco for almost 60 years and said he loves it here.

Education has a special place in his heart.

"My desire is to help students and empower them so they can reach their full potential," Juarez said.

He believes that students need a lot of support, especially from their parents.

"That is where you start. As a board member, that would be one of my focuses."

He said he would work to encourage more parents to participate in their children's education.

"I would like for there to be more parents attending the board meetings and sharing their concerns," Juarez said. "School leadership needs to hear from them, and more outreach is needed."

Juarez has been with WHS for 30 years as a custodian. He worked his way up to supervisor in that department. He also used to drive a school bus.

Throughout his time serving the WUHS District, he has grown to care about the students and wants to see them succeed.

"If elected, I will work tirelessly to ensure our students have the best educational experience possible," Juarez said. "I am a person of trust, honor and respect and will bring these values if allowed to join the board."